In the wake of new Black Lives Matter protests, one company hopes to use virtual reality to help people better understand others by putting them in their colleagues’ shoes. The aim is to create better workplaces by helping employees develop and practice more respectful ways of interacting with each other.

By immersing people in realistic digital environments, virtual reality (VR) can lead to mind-bending experiences, such as making users feel as if they have swapped bodies with someone else. The effects of VR can persist long after these experiences; psychologists hope this can help in therapies for ailments such as phobias and post-traumatic stress disorder.

Previously, clinical psychologist Robin Rosenberg and her colleagues found that when people could use “superpowers” in VR, they acted more virtuously afterward. After this work, as the Black Lives Matter movement rose to prominence in 2014, Rosenberg remembered hearing how some white people responded by saying “white lives matter” or “all lives matter.”

“I thought they might not understand the lived experience of being Black in America,” Rosenberg says. “Not that I presume to know, but as a psychologist, I thought I knew enough to wonder whether virtual reality had the potential to provide powerful emotional learning about the lived experience of others.” A promising proof-of-concept study along these lines that Rosenberg and her colleagues performed in 2018 and 2019 led her to quit her day job and work on this idea full-time.

With her new company, Live in Their World, which publicly launched on 7 July, Rosenberg aims to address bias and incivility in the workplace using virtual reality. Using VR headsets, users can experience the perspectives of a Black man, a Black woman, and a white woman, “placing them in typical workplace scenes in which bias, inequity, and incivility arise, so they would see and hear those typical encounters from the powerful first-person perspective of the employee who is the focus on that VR segment,” Rosenberg says.

For each VR segment, the company sought input from members to whom that perspective belonged. “For instance, for Jovontae’s story—that of a Black man—there were about a dozen Black men of different ages whose professional experiences and contributions were crucial to creating the final product,” Rosenberg says.

Rosenberg stressed they are not seeking to erase a person’s bigotry after just a few hours in VR. “Research shows that ‘de-bias’ training doesn’t work, and that is not our goal,” she says. “But research points to important factors of training that can decrease discrimination and disrespectful workplace behavior.”

So far, “the feedback we’ve received has been very positive: typically, that the white people simply didn’t know, and thus the experience was eye-opening and has stayed with them,” Rosenberg says. “They stress the impact it’s made in both their thinking and their behavior. This has been both exciting and important, since my goal is to make workplace behavior more respectful and equitable.”

After each VR segment, which lasts 20 to 25 minutes, employees go through an online cognitive learning module to help them explicitly recognize what behaviors are problematic and to develop new skills to handle workplace situations more respectfully and effectively. Employees also take surveys to help Rosenberg’s company assess outcomes.

Given the pandemic, the company expanded its options to provide remote ways to experience the VR segments. Employees can not only use VR headsets, but can also view the experiences as 180-degree videos via computer.

Rosenberg’s company works directly with other companies, generally HR teams. “These are usually the people who have been charged with creating a more respectful workplace, so they bring on Live in Their World on behalf of their employees, paying per employee per year for the number of demographic tracks that they have selected.” They can scale up and down for any company size and for employees at all levels, she notes.

Rosenberg notes that previous research suggests voluntary participation yields better outcomes than mandatory participation when it comes to traditional types of training. “However, our approach is significantly different than traditional types of training,” she says. “We look forward to assessing whether the outcomes of our program differ when it is mandatory versus voluntary.”

“The recent very public incidents of murder and harassment of African-Americans is, unfortunately, not new, but the recent increased attention to the issue of systemic racism and racial inequity in the workplace is heartening,” Rosenberg says. “The hope is that it catalyzes substantive change.” 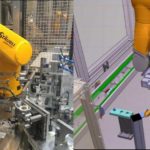 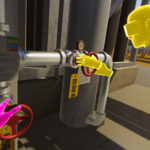