Flipside Studio is a new virtual production tool that enables actors and directors to capture and create animated content entirely in VR. It’s leaving early access, after a testing period in which several notable companies and platforms used the technology.

The software enables you to embody avatars and models within VR and set up virtual cameras to film content from within the virtual studio. This allows actors to act out and perform scenes using motion capture, which is then recorded using virtual cameras and can be edited into a video or broadcast as live animation content.

It is available for PC VR on Steam. A standalone version for Oculus Quest is planned for the the future, with an alpha build coming soon.

The tool has been used by some companies, with content made in Flipside Studio now available on some streaming platforms like Amazon Prime, YouTube, Twitch and Caffeine. For example, Flipside Studio was used to prototype Detective Fips, a German children’s show on the Toggo platform (a joint operation between Walt Disney Direct and the RTL Group). Likewise, Caffeine — a livestreaming competitor to Twitch with investment from Fox — also used Flipside Studios to film a live animated show with chat interaction, all created from home during the COVID-19 lockdown. It has also been used for music videos by DEL Records and for interstitial content in the Amazon Prime series Spooky Movie Time.

All in all, Flipside Studio looks look a strong tool and has a large number of features to suit different sorts of production. There’s an auto-scroll teleprompter, implementable body physics for realistic interactions, OBS and Twitch integration, custom sets (which can be built out of VR, as pictured above), live drawing capability, and collaboration support for multi-user sessions.

With the disappearance of Mindshow from Steam, Flipside Studio looks like a strong contender for similar sorts of made-in-VR videos. It will be free for non-commercial use, with a $25/month price tier for indie studios, a $200/month for companies with revenue over $200,000, and negotiable enterprise pricing options. 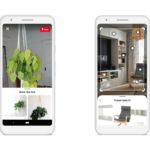 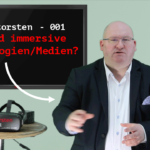