Virtual reality is a great platform for video games and staying active without leaving the house, but it also has immense potential for virtual tourism and that’s where Zen Universe hopes to plan its flag.

Some of the most amazing and most breathtaking moments I’ve had in VR are a result of high-resolution 360 photos, videos, or super-realistic 3D interactive content. Rather than just being a collection of static 360 photos or videos without depth, these are actual environments you can walk around created in Unreal Engine and many of them are based on actual real world locations.

“Whether it’s the most famous landmarks you’ve never dreamt of visiting or places of fiction you’ve always dreamt of going to, the power of virtual reality will take you there.” reads the Steam Early Acces page. “Our state-of-the-art technology raises the industry bar in realism, entertainment, and interactivity. Explore the many worlds of ZenArt VR to marvel, relax, learn or play.”

While you’re exploring worlds the virtual guides help and guide you as your explore and each world even has a fully realized day & night cycle with shifting lighting.

According to the Steam page, VR support is only currently officially available for Oculus Rift headsets. Zen Universe releases May 13th, 2020. Let us know what you think down in the comments below! 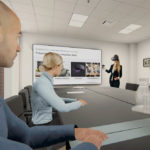 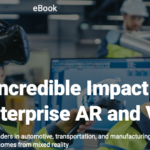 Where Can AR Have the Greatest Enterprise Impact?

360-Degree Art Gallery Immerses You In The...