Google Glass Enterprise Edition 2, the company’s most recent smartglasses (or rather smartglass), was only available to partner companies when it launched in May 2019. Now Google is allowing its third-party hardware vendors to sell the headset direct to developers.

Glass had a rocky start in the world when it was first introduced in its 2013 Explorer Edition targeting early adopters and developers. Resultant ‘glasshole’ neologism notwithstanding, Google went on to revive Glass back in 2017 in its first Enterprise Edition headset, which targets a multitude of businesses including logistics, manufacturing, and field services. Now it seems the most recent version of Glass has fared well enough in the enterprise market that Google is now opening up sales to anyone with around $1,000. According to a Google blog post, the company has seen “strong demand from developers and businesses,” so it’s making Glass 2 available through their hardware resellers, which includes CDW, Mobile Advance or SHI.

Glass Project Lead Jay Kothari says that with the new availability of Glass 2, the company is also sharing new open source applications and code samples, which includes sample layouts and UI components so developers can independently start creating for Glass.

Unlike AR headsets such as Microsoft HoloLens, HoloLens 2, or Magic Leap 1, Glass can only track the users head movement via its 6-axis accelerometer/gyroscope, making it useful for tasks that can comfortably fit in its single-eye display, putting the smart glasses in stark contrast to more immersive, stereoscopic AR headsets that can track positional movement.

Google Glass Enterprise Edition 2 includes a Qualcomm Snapdragon XR1 chipset running Android Oreo and 3GB of LPDDR4 RAM. Its single 8MP camera boasts an 80° field of view. Since its made for industry, its both water and dust resistant, and can clip onto a variety of frames, including an optional titanium band. 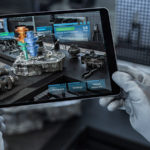 3 Forms of Waste OEMs Can Reduce with Augmented Reality 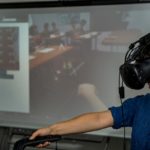