Oculus Quest hand-tracking turns one apartment into an XR playground.

Remember that scene in Minority Report where Tom Cruise’s character cycles through a bunch of important police data by swiping his hands across a massive holographic display? Imagine having that same type of interactivity while sitting on your couch; or your dining room table; hell, maybe even your toilet.

XR wizard Greg Madison, an interaction designer for spatial computing, has made science-fiction a reality by turning his own home into a mixed reality playground using the Oculus Quest.

In a short video posted yesterday to Twitter, Madison shows off a custom-built VR environment layered perfectly over his real-world apartment. This means the virtual table in his dining room could actually be leaned on; the sofa in his virtual living room is, for all intents and purposes, a real sofa.

However, these are no ordinary pieces of digital furniture. VR should be better than reality, and Madison’s project definitely fully embraces that ideology. Like an early-2000’s science fiction film, several of the chairs, tables, and other amenities of Madison’s mixed reality apartment feature various interactive displays that can be controlled via the Quest’s built-in hand-tracking.

In the video, Madison can be seen navigating a tabletop version of Google Maps paired to his dining room table, scrolling through sheet music above an electronic keyboard, interacting with the Bigscreen app on the living room TV, and scrolling the web from the comfort of an armchair.

Given the Quest’s generous guardian-boundary limit, it’s encouraging to see developers continue to build VR experiences that take advantage of this exciting technology. We recently covered the alpha release of an ambitious location-based shooter for the Quest that pushes the boundaries of standalone VR. Hopefully, Madison motivates Oculus, as well as other VR developers to continue exploring the Quest’s potential as a mixed reality, location-based platform. 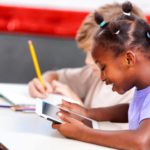 How Augmented Reality Can Be Used for Writing Prompt 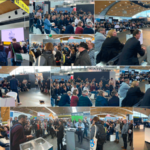