How Augmented Reality Can Be Used for Writing Prompt

Augmented reality is a form of technology that enhances the real-world environment around us with computer-generated images and information, creating a hybrid scenario which can add to all manner of experiences, including learning.

AR can be utilized through devices such as tablets that are equipped with an easy-to-download AR app. Then the device can be used to scan over specially designed AR triggers, such as a page from a book, from which images then come to life off of the page. There are even special learning spaces, such as libraries and AR-equipped museums where learners can avail of the tech by interacting to a higher degree with their environment. Imagine an exhibit that can be scanned over and thus brought to life, with all the relevant information about it read to you. It’s a step up from the usual wall-mounted exhibit card, isn’t it?

Similarly, in library spaces, parents and their children can use their AR-equipped devices to scan messaging boards of special books, which prompt videos, audio stories and all other means of interactive experiences. AR is pushing the limits of learning to new levels.

Augmented Reality in the Classroom

AR apps are becoming more frequently employed in classroom environments to assist in the learning of coloring and writing skills. Apps such as Quiver and Crayola Alive allow students to complete a coloring activity, and then have the option to scan their completed picture, then seeing it brought to life by the AR technology employed.

Specifically, in the case of writing, these AR apps are bringing added layers of interactivity to creative writing workshops and descriptive language sessions in that more life and color can be given to certain elements within a story.

“The Quiver app is a great example of how children’s imaginations can be piqued by adding a different angle to a conventional concept. For example, by creating an animal that is slightly different from the norm can then inspire a story based on that animal’s differences. This is a very powerful form of prompt,” says Martin Rutherford, a writer.

For young learners, the ability to have discussions based around the AR interaction is a powerful imagination trigger. It also prompts writing based on the inspiration those interactions produce. In terms of language analysis, the adjectives that can be used to describe a scene become more abundant once the scene becomes a moving, interactive one, and the prompts triggered by that scenario are almost limitless.

From the perspective of a character, in particular, the options are incredible.

“The learner starts with the character, and from here the character can, almost literally, be brought to life, triggering any number of associated questions and interactions which inspire added creativity in terms of writing about that character,” says Miread Shaw, an editor.

What AR Means to the Classroom

The possibilities in terms of what AR-assisted learning can bring to the classroom are breathtaking, but as with any new technology, it must be incorporated in the right way. Using the technology as part of a greater skills-based instruction is highly recommended, and it must be clear that the imagination itself is child’s alone, and is only enhanced by these types of apps.

What is clear, however, is that this brings learning, both in terms of prompting writing ability, and in terms of other educational fundamentals, to a different space, one in which AR can become integral to the learning activity, and one in which the young learner’s imagination takes center stage.

How Augmented Reality Can Be Used for Writing Prompts 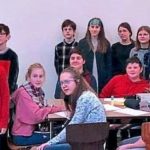 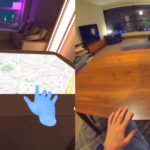