MasterpieceVR recently released its latest set of VR creation tools which aim to get artists quickly sculpting and animating characters by hand from the comfort of their VR headsets.

MasterpieceVR first released its titular software for PC VR headsets back in late 2017, which notably included cross-platform multiuser support so artists on different platforms could sculpt and paint in VR together. In short, it’s a bit like the other big VR creation tools out there like Tilt Brush (2016), Oculus Medium (2017) or Quill (2017), except up to four artists can create collaboratively in VR whilst being viewed by up to 20 spectators.

The company’s new software suite is however more focused on speeding up the process for individual creators looking to both build 3D models and animate them all while in VR, which aims to either compliment or replace extant creation tools entirely.

“Masterpiece Studio is a first of its kind VR creative suite that is a cost-effective solution to rapidly go from idea to usable 3D assets,” says Jon Gagne, MasterpieceVR CEO. “The suite’s feature set lets creators make professional 3D assets extremely fast and can be adopted into an existing workflow in just hours.”

Although MasterpieceVR is charging a monthly fee for commercially-minded teams and freelancers, non-commercial use is free of charge; the free version features the entire software suite, however it lacks the export function.

You can downloaded the free version from the company’s website, Steam, and Viveport. It supports Oculus Rift, HTC Vive, Valve Index, and Windows VR headsets. 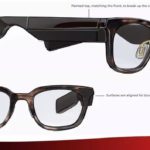 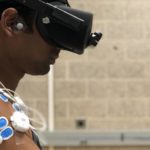