A new XR company, GIGXR, was recently founded solely for a very special acquisition. That acquisition has the potential to change the nature of education – first in the most prestigious halls and then everywhere else.

Before we talk about that acquisition, let’s look at some background.

If you are an educator, a student, or a recent graduate, the name Pearson probably rings a bell. They’re one of the largest publishers of educational material like textbooks. That might make them sound antiquated but they were actually a surprisingly early adopter of XR technology.

If you’re a regular reader of this site, the name HoloLens should definitely mean something to you. The Microsoft XR headset is one of the most buzzworthy names in the field. The XR company actually partnered with Pearson on a number of projects.

When Pearson was looking to move some of their XR assets without losing all of their work, they called up David King Lassman. Lassman, originally a Londoner, has a background in educational technology. However, for the last 20 years, he has immersed himself in the world of Silicon Valley. That makes him the ideal CEO for an educational XR company.

“We’re thrilled to continue our partnership with GIGXR on the heels of our release of HoloLens 2, which has been incredibly well received,” Microsoft General Manager for Mixed Reality Education, Dan Ayoub, said in a release shared with ARPost. “Our collaboration with the GIGXR suite of applications and team of technology entrepreneurs and thought leaders will dramatically impact the way the world uses mixed reality solutions for enhanced learning now and into the future.”

That suite of applications includes flagship products HoloPatient and HoloHuman. These mixed reality apps help medical and nursing school students with both learning anatomy and practicing their skill. GIGXR also plans to further expand its catalog with various other medical, scientific, and enterprise training apps.

“This opportunity came onto my radar a little over a year ago when I was approached by some guys from Pearson to see if I was interested in picking this up,“ Lassman said in a phone interview. “At the time, I admittedly didn’t know much about the XR space. So, I did what anyone in my position would do and I did a bunch of due diligence research and this became a no-brainer.“

Lassman quickly became convinced that XR in education has the potential to revolutionize education. He even likened it to the introduction of the blackboard to the classroom. That’s not in terms of technical advance, according to Lassman. It’s in terms of the collaboration that comes from an entire class creating in a common space.

“Right now, we’re continuing to focus on higher education and also the healthcare space,“ said Lassman. “We’re working really closely with our customers as we work to improve the platform and the content available on it.“

Because of the early partnership with HoloLens and the nature of the existing content, most of the applications are used by health providers and medical schools. However, Lassman has his eye on other ends for the XR company as well. That includes more varied content and a much wider audience.

“Down the line, third-party-providers will be able to publish on our platform,” said Lassman. “As the price of hardware comes down and XR is ready to move into the consumer space, we’ll be ready to provide educational XR applications to that space.“

Towards XR for Everybody

A number of exciting things are happening here. First, a new XR company is entering the space. That necessarily means a fresh perspective in management as well as the opportunity for new partnerships.

Second, it signals a move toward more XR content for more users. Usually writing about HoloLens means dreamily looking forward to this technology reaching the hands of the rest of us. To hear the head of an XR company directly address that movement, like Lassman does, is both refreshing and thrilling. 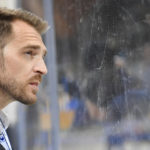 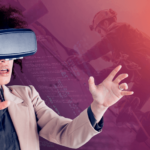