The 23d FTS is responsible for all Air Force undergraduate rotary-wing pilot training and is a geographically separated unit under the 58th Special Operations Wing (SOW) at Kirtland (New Mexico) AFB. It is the sole entry point for Air Force careers in the Bell UH-1N, Sikorsky HH-60G, and Bell-Boeing CV-22 tiltrotor.

The experimental training program began in 2017 when the squadron found internal training efficiencies that led to a 25 percent increase in overall student pilot production. They decided to take their innovation efforts further by combining technology and innovation.

The squadron initially stood up the program with six VR systems loaded with software for a Bell 412, paid for with $350,000 in 58th SOW innovation funds. Specialized Undergraduate Pilot Training-Helicopter (SUPT-H) class 20-02 was the first class to use the VR training systems starting in May 2019. The students’ introduction to VR took place during the initial 19-day academics portion of the curriculum. “After 23.5 hours of VR instruction, students were able to hover, taxi, and perform various other helicopter maneuvers unassisted by their instructor pilots on their very first flight [in an actual aircraft],” said Capt. Matt Strick, 23rd FTS innovation flight lead. “We assessed the students to be at least seven days ahead of schedule at that point.”

The initial goal of the project, called “Project da Vinci” or „Rotary-Wing Next,“ was reducing the time needed to teach the syllabus from 28 weeks to 14 weeks and to increase student production from 60 to 120 students a year without needing additional aircraft or flying hours. “We’re seeing the vast potential of this program unfold right in front of us,” said Lt. Col. Jake Brittingham, 23rd FTS commander. “This is just the start,” he said. “We are focused on ensuring we continue to get even more efficient with our training, while at the same time maintaining the quality of our graduates the Air Force needs and expects.”

The program’s VR software is being updated to reflect the unit’s Bell TH-1H primary trainer. “The [VR] acquisition proved challenging because of federal computer purchasing laws and limitations and took some time and effort between us, the 42nd Contracting Squadron at Maxwell AFB, 19th AF, and the 338th Specialized Contracting Squadron at Randolph AFB to make the initial purchase,” Brittingham said. “We really couldn’t have done this in eight months without the help of the contracting team enabling us to make these purchases smarter and faster.” 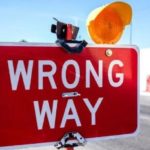 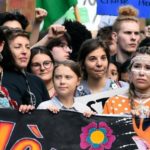 Could VR Make Us Care More About Climate Change?