So, I’m sitting here in front of my computer on an overcast, chilly Sunday morning up here in Winnipeg, with my cup of coffee rapidly cooling beside me, my dirty dishes piling up in the kitchen, dust bunnies gathering in the corners of my apartment, and my wet laundry needing to be moved from the washer to the dryer, and it just seems as good a time as any to pause and ponder the state of current social VR. (Anything to avoid housework!)

And if you’ve been paying attention, like I have, it would seem that social VR is, indeed, in quite the state. And not a good one. Let’s do a quick recap:

First, everybody from Mark Zuckerberg to Philip Rosedale has said the same thing: that consumer uptake of virtual reality is taking much, much longer than originally estimated. It’s making some inroads (Facebook is apparently selling the Oculus Quest wireless VR headsets as fast as they can make them), but we’re not there yet.

Second, there are the metaverse platforms on which companies have spent years of time and toil to build, expecting that influx of consumers in VR headsets, and which, still, sit largely unvisited in spite of their best promotional efforts. In most cases, these companies are now having to make some pretty severe adjustments (a.k.a “pivots”) to their software development roadmaps in an attempt to become profitable, and make their boards and shareholders happy:

– High Fidelity (which is burning through all that venture capital, and is now trying to re-position itself as a remote workteams platform);

– Linden Lab’s Sansar (which is relying on the reliable cash cow of Second Life, and has just announced a new focus on live events, at the expense of other features);

– Sinespace (although nobody really knows how profitable the company is, the platform still seems to be having similar trouble attracting large numbers of users, from what I can tell from my admittedly infrequent visits).

Third, there have been a few early success stories in social VR, but they, too, have some storm clouds on the horizon:

– VRChat is still the most popular social VR platform, thanks to the livestreamers, and it is coasting along in merry pandemonium, but how long will the company keep throwing money into the platform if they can’t make some sort of profit from it? VRChat is a business, and they face a potentially rocky road in their plans to move to an in-world economy with user-generated content and an in-world currency. Any misstep, and its young, fickle userbase, who are accustomed to everything being “for free”, will abandon it just as quickly as they picked it up in the first place.

– Rec Room, the second most popular social VR platform, has found a comfortable niche. But is it profitable in the long term? Again, how do they plan to make money off it? It’s a bit of a mystery to me.

So, it would appear that those social VR platforms that do have in-world economies can’t attract large numbers of users, and the ones that don’t have in-world economies might be popular, but obviously can’t keep running indefinitely without a means of generating profit. It seems like a Catch 22, a rather hopeless situation at this present point in time.

Add to this the fact that the 900-lb. gorilla in the room, Facebook, is planning to launch their own social VR platform in 2020, and you’ve got a situation that must be keeping the CEOs of these various companies up at night, pacing the floor, wondering how, when and where it all went wrong.

The fact is, nobody seems to have yet found the perfect mix of features and promotion to snatch the mantle of Second Life. The venerable virtual world, at 16 years old, is still is the most popular platform around, with approximately half a million unique monthly users according to recent statistics provided by Firestorm.

But again, Second Life doesn’t support VR. And, in actual fact, VR users in almost all of the social VR platforms to date are still the minority, compared to flat-screen desktop users (yes, even in VRChat). So perhaps, have all of us made the wrong bet: that virtual reality was going to be key to the success of the next generation of virtual worlds?

It’s certainly not playing out that way, at least not yet. Facebook might succeed with Facebook Horizon, given its almost endless resources, but it hasn’t had a particularly good track record so far (witness the recently-shut-down Facebook Spaces and Oculus Rooms as examples).

If Facebook fails (or fumbles) with Facebook Horizon next year, then that will be the strongest signal yet that linking virtual worlds and virtual reality is, perhaps, a tactical mistake. And if Apple, who has so far stayed away from VR, launches augmented-reality glasses (as some confidently predict), could that be what finally catches fire in the public imagination, instead of virtual reality? Have we made the wrong bet?

So, is the news all doom and gloom? Hardly. There are a few bright spots, metaverse-building companies which are already making a profit:

– NeosVR is profitable, largely due to its passionate Patreon supporters, and also by offering commercial licenses for businesses and schools (of course, it helps that it has a small, nimble development team!)

But even I must admit, these are the exceptions that prove the point: social VR is, by and large, not yet profitable. And the bigger the company, the more trouble it seems to be in. It seems to be the smaller firms that are able to cut costs and find niche markets to excel in and generate profit. Which doesn’t look especially good for Linden Lab and High Fidelity, with their large staffs and all the associated overhead.

So, for the various companies engaged in building the next generation of metaverse platforms, it becomes a waiting game: trying to find some way to survive until such time as social VR is profitable—or just giving up on VR. But I rather doubt that the companies that have already made such a huge investment in virtual reality will pull out now.

Linden Lab has decided to pin Sansar’s future on live events. High Fidelity is hoping that remote teamwork use will keep it going. Every company is going to have to come up with its own strategy to make it through these leaner-than-expected years.

Are all the social VR companies going the wrong way?
(Photo by NeONBRAND on Unsplash) 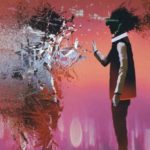 Everything You Should Know About Social VR 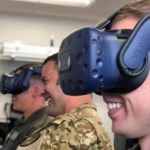 How to Onboard Remotely Newcomers to VR...