The developers hope to educate gamers and help spread awareness of the protestors’ cause.

For the past five months, hundreds of thousands of Hong Kong demonstrators have taken to the streets in protest of the Fugitive Offenders amendment bill introduced by the Hong Kong government which would allow local law enforcement to extradite criminals wanted in territories outside Hong Kong, including mainland China as well as Taiwan. Demonstrators argue the bill infringes on their personal civil liberties by forcing Hong Kong residents to abide by mainland China’s legal system.

Since anti-government demonstrations began, the streets of Hong Kong have devolved into a veritable warzone as Chinese police and riot control officers clash with non-violent protestors. Since the demonstrations began this past February, protestors have been subject to physical abuse by law enforcement; multiple images and videos in circulation show Chinese police physically harming unarmed, non-violent demonstrators. At the time of this writing, 10 anti-government demonstrators are reportedly dead, all of which suspiciously ruled as suicides by the Hong Kong government.

And while protestors have been doing an extraordinary job at raising global awareness around their ongoing struggle — seriously, no one protests as creatively as Hong Kongers — much of the world is still in the dark in terms of the immense danger these demonstrators face. To help spread awareness of the protests and assist users in empathizing with protestors, a team of Hong Kong students has developed a VR simulation that puts you on the frontline of the ongoing conflict.

Players take on the role of a frontline protestor and are tasked with dodging tear gas, ducking behind barriers to avoid projectiles, and avoiding capture by riot police. According to an interview with one of the developers, it was important for the team that the player only be allowed to commit non-violent actions, as to more accurately represent the non-violent behavior of real protestors. As a result, payers are unable to inflict damage on riot police or engage in any illegal behavior.

“In the game, it allows you to experience what crisis the frontline protestors might have been through,” states Lam, a member of the games development team, during an interview with Reuters. “For example, getting arrested, getting hit by a bullet, and needing to stay away from the danger of tear gas canisters.”

“That does not mean you will have to go out after playing the game. We hope people that fight for freedom will go out anyway.”

Along with participating in anti-government demonstrations, players also have the opportunity to learn about the actual protests. Player can visit a VR recreation of one of the cities “Lennon Walls,” which feature words of encouragement written across colorful post-it notes; this includes phrases such as “fight for freedom” and “five demands, not one less.” There’s also an interactive element that educates players on major protest events, such as the Yuen Long Mob Attack, the Prince Station Attack, and the highly-publicized shooting of an 18-year-old protestor by law enforcement on National Day.

The development team is currently speaking to online distributors in the hopes of releasing the title to the public next month, though past events have shown the process to be anything but simple. Earlier this month Google removed a single-player RPG based on the protests citing company policy on the monetization of content that involves real-world violence.

Meanwhile, long-time gaming juggernaut Blizzard Entertainment suspended Hong Kong esports player Chung “blitzchung” Ng Wai for pro-Hong Kong statements delivered during an on-air interview. Since the suspension, the company has drawn harsh criticism from both its community as well as the media. A large-scale protest of the companies famous Blizzcon event is already in the works. 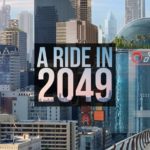 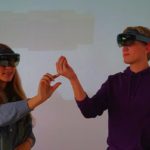