Epic Games today released a new video featuring a demo for HoloLens 2 that aims to show off just what sort of graphics can be achieved on Microsoft’s latest standalone AR headset. Called Apollo 11: Mission AR, the interactive demo is streamed wirelessly in real-time from networked PCs running the company’s game engine, Unreal Engine.

Unveiled earlier this summer at Microsoft Build 2019, Apollo 11: Mission AR is a recreation of the historic 1969 Apollo 11 mission and lunar landing, showing off the Saturn V’s launch, a reenactment of the lunar landing, and Neil Armstrong’s first steps on the Moon, which Epic says was reconstructed based on data and footage from the actual mission.

That isn’t done on-device though. To achieve this level of detail, Epic says the experience’s “holographic elements” are actually streamed wirelessly in real-time from networked PCs running UE 4.23, the current version of Unreal Engine.

According to Epic’s HoloLens 2 streaming guide, the headset sends eye tracking, gesture, voice, current device pose, and spatial mapping input to your PC, and then streams rendered frames back to HoloLens 2. This, the company says, is designed to boost app performance, and make development easier since devs won’t need to package and deploy the app on-device before running it, however it’s clear it also allows HoloLens 2 to play host to more graphically involved experiences than were originally intended for the standalone device’s on-board processors.

We reached out to Epic to see whether this could also be achieved via cloud streaming, or if it’s a local machine-only implementation. We’ll update this article as soon as we hear back (see update below).

Update (2:00 PM ET): An Epic Games spokesperson has left us with this statement regarding cloud rendering for remote PC-to-HoloLens connections: 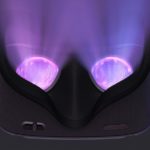 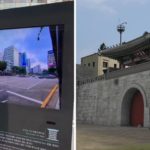