SmartGym is out with an update today that brings a range of new features and capabilities. Headling the update for iOS is ARKit 3 integration that brings Body Detection and Pose Estimation. There’s also full Siri Shortcuts support for parameters. The SmartGym Apple Watch app is now fully independent with watchOS 6 with a new “Explore” section, while iPad will gain multiwindow support when iPadOS 13 arrives.

With SmartGym 4.1 running on iOS 13, users will see a new “Capture Posture with AR” button when adding body measurements.

When you tap that button, the magic happens. As soon as the camera detects a person in frame, SmartGym starts doing all the heavy lifting for the user and is able to detect the user’s posture and even the angle of their shoulders.

The feature works in real-time to analyze posture, body mechanics, and evolution.

It uses ARKit 3 to read in real time every frame of the camera and automatically detect every joint of the user’s body. After that, it draws on top of the viewfinder of the camera all the joints and calculate the angle of their shoulders. This is great to detect the user’s posture and to help analyze their body evolution.

SmartGym for iOS also gets full support for Siri Shortcuts with parameters. That means users can get Workout Summaries for specific metrics with a Siri command.

Users can now request their Workout Summary and Siri will ask which one. They can then answer Workouts, Active Calories, Heart Rate or Distance. Users can also create specific shortcuts with specific parameters already chosen. So they don’t need this back and forth.

This is also useful for trainers who want to ask Siri about their student’s routines.

The latest update makes SmartGym for Apple Watch a fully independent app with watchOS 6. Now all of the pre-made workouts are viewable right on your wrist in the Explore section.

When iPadOS 13 launches on September30th, the latest SmartGym app is bringing multiwindow support for iPad.

Users can have their workout history on one side of the screen, while they edit their routines on the other side. Users can drag a few exercises from one routine and drop on another. They can compare two different routines, side by side. Maybe they want to check their measurements or update just one value, like their weight. They can now just swipe from the edge, to access even another window, do what they have to do and then swipe the window away. No need to leave where they were.

And with State Restoration, the user doesn’t need to worry about having too many windows and slowing down their iPad. iPadOS handles this beautifully. SmartGym is always able to quickly restore the state to where the user was previously on that screen.This makes SmartGym so much more powerful.

These changes are particularly powerful for personal trainers with multiple students.

Personal Trainers can drag some exercises from one routine and drop on another routine. Great! But they can also have multiple windows, with multiple students opened and drag and drop routines from one to another. They can check something from one routine in one window, and then update something from another student on another window. They can do so much more. The capabilities are really endless here.

Finally, SmartGym developer Matt Abras is working on bringing the app to the Mac with Catalyst.

SmartGym on the Mac is a real Mac app. With keyboard shortcuts to speed up user’s actions, menu bars actions and a beautiful side bar with that nice blur behind it that every great Mac app has. Users can simply open SmartGym on the Mac, quickly change something or add a new workout and all their other devices will be automatically updated.

SmartGym is available as a free download from the App Store for basic functions, with in-app subscriptions starting from $4.49/month or $26/year to unlock the premium features. 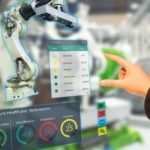 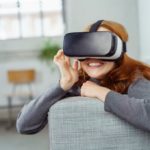