A long-awaited feature is finally arriving to Google Maps (but only to select Local Guides).

According to a report from The Wall Street Journal, Google Maps will soon be releasing a walking-focused augmented reality (AR) feature — a feature that reporter David Pierce was able to demo firsthand.

The feature will purportedly first be made available to a few select Local Guides (the company’s massive community reviewer program), who will serve as the first testers to help Google refine the product for its public debut.

As anyone who has used a navigation service can attest, even sans-AR maps are liable to misrepresent location or direction on occasion. This is complicated further with something like AR navigation, which requires an even more precise understanding of the world around the user.

To that end, Google Maps AR will rely first on GPS for location, but augment that with Street View data to align with the exact location of the camera.

In the keynote, the notion of a guide (in the form of a fox) is mentioned, though it’s yet to be seen if that will be rolled out in the current AR functionality.

This also follows the vision originally put forth for Google Glass more than half-a-decade ago:

Pierce notes that AR navigation is best-suited for short-term usage. It prompts you to put the phone down after a while using the feature and displays the traditional map interface at the same time. This saves battery and data (and the collateral risk that a bunch of users following a feed from their phone screen will knock into each other en route to their next locations). Rachel Inman, UX Design Lead for Google Maps explains:

…it’s for those moments like, ‘I’m getting off the subway, where do I go first?’

As to release date, Google only reported that the feature would come to the masses, „only when Google is satisfied that it’s ready.”

While this feature certainly isn’t going to completely replace traditional navigation, it gestures to a world in which headset- and glasses-based AR are commonplace — and is a big first step in facilitating that reality. 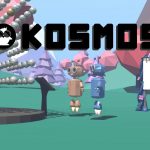 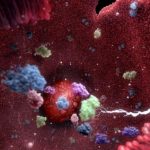 Intercellular Takes You Inside The Human Body