Students taking classes with Kosmos School can design and launch rockets in VR as a way to study physics and chemistry, but the school hopes that students will soon be able to study all of their coursework in a virtual environment.

Right now, things are still small. Kosmos School is trying things out with a single class composed of just 6 students called ‘Intro to Rockets’, where students can run science experiments and work on engineering problems that would normally be too expensive or complicated to conduct in real-life.

“We started with small group science classes, where students meet with our teachers in our virtual world and work collaboratively to learn,” said co-founder Can Olcer to VRScout.

In this class, students meet virtually over the course of two weeks to study physics, chemistry, and engineering to create and test rockets in order to better understand how they operate and what components they require to function.

The class is geared toward middle and high school students, with an emphasis on collaborating in real time regardless of the students physical location. Olcer sees this opportunity as a major advantage when it comes time to create a full school curriculum.

“VR is a fundamentally social technology, Olcer said to VRScout. “The social aspect is key for a school, especially in primary and secondary education.”

By socializing in VR, Kosmos can bring in homeschooled students who would typically be learning by themselves or in a very small group.

“With a VR school, we can solve two of educations main problems today: Access and cost,” Olcer said. “Cost is more tricky, but our school has a fundamentally different cost structure than “physical” school and essentially no limits for growth and economies of scale. Not only don’t we have to deal with costs of physical things, but teacher and student time can be used much more efficiently.”

However, there is still a tremendous amount of variables to account for before fully launching a full curriculum and enrolling students.

“VR is relatively new and the frictions around it make it difficult for me to stay focused for a longer period– for now,” said Daniel Abebe who founded his own startup that helps provide funding to early stage social entrepreneurs.

Kosmos will also have to account for the difference in educational curriculum across the states and getting some parents on board with VR. Although, currently they offer a free info session to prospective parents to learn and ask questions about VR before enrolling their children.

This isn’t the first use of VR as a medium for education, companies have started implementing VR for employee training, including career fields ranging from police forces to fast food chains. Universities have also used VR for bringing inlecturers from other countries.

On top of providing remote education via a stand-alone virtual K-12 school, Kosmos hopes to eventually extend their tools to teachers but would like for teachers in brick and mortar classrooms as well.

“We believe that in the future, a lot of the things we do today on smartphones and computers will be done in VR,” Olcer said to VRScout. “And schools are no exception to that.” 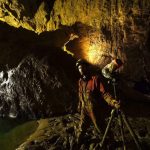 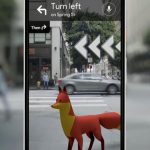