When it comes to locating educational content for a PC-powered VR headset like a Vive, Rift or WMR, it can be a little tricky for three main reasons:

1. There are multiple app stores to find content and some of the content can only be found in certain app stores.

2. Not all the stores have an easy to find Education section.

3. Some content which would be great in the classroom isn’t actually tagged as educational. As such I decided to scour the three main stores – Steam, VivePort and The Oculus Store and curate some of the best educational apps into one handy resource. I decided that rather than take the same approach as with the Periodic Tables of AR/VR for iOS that I ghave worked on with the mighty Mark Anderson (find Vol.1 here and Vol.2 here), I would work with a limit of 5 apps per subject so I’ve essentially curated my top 5 PC VR apps for each of the 18 subjects and themes.

You can download a high-res PDF version of the graphic by clicking on this link.

As it states in the middle of the graphic, each app is tagged with icons for Steam, Viveport and/or the Oculus Store signifying which platforms they are available on. Please note that which headsets they work on is not necessarily so clear. For example, a whole bunch of apps on Steam are not labelled as Oculus compatible but pretty much everything on there will actually work on a Rift. Conversely, apps downloaded from the Oculus Store will only work on a Rift. You can use the Revive platform to run some Oculus apps on a Vive/WMR but the performance can be poor so I don’t recommend it for schools. Vive have taken a more open stance and last year made Viveport content accessible to Oculus users – a lesson that I wish Mr Zuckerberg and Team Oculus would learn from!

I have to say thanks to my good friends Chris Madsen, Chris Long and Mike Armstrong for some app suggestions and invaluable proof-reading. Feel free to share the graphic with other educators you know who are pioneering VR in their schools and institutions as well as across your social media channels. 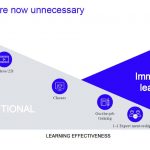 VR Enters Corporate Learning With A Vengeance: And The Results Are Amazing – josh bersin 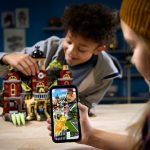