Beloved toy maker Lego is returning to the realm of augmented reality, this time with an experience that explores supernatural fun. This week, the company unveiled its Hidden Side line of augmented reality playsets, which include an ordinary looking school, house, bus, and graveyard, which all become haunted with virtual ghosts and goblins through a companion mobile app.

Lego won’t release the app and eight playsets until August, but the company will have the sets on display at the American International Toy Fair, which takes place at the Jacob K. Javits Convention Center in New York from Feb. 16 until Feb. 19.

„Our years of experience pioneering the convergence of technology and physical play have taught us that kids expect exciting play experiences that move seamlessly between physical and digital worlds – something we call fluid play,“ said Tom Donaldson, senior vice president of the Creative Play Lab at the Lego Group, in a statement.

„At our core we focus on tactile building, but AR presents opportunities to enhance physical Lego play with new action and mastery elements. We’re breaking the mold of gaming-first AR play experiences to create a new type of play where the physical world actually influences the AR layer, instead of the other way around.“

In addition to projecting AR content into the physical playsets, Lego is turning the experience into a game by challenging children to exorcize the demons from their playsets. So it’s kind of like Ghostbusters World, just shrunken down in scale.

„As we have designed Lego Hidden Side, physical manipulation of the Lego models alters the AR experience, and the AR experience prompts new things to discover in the physical models, creating a deeply engaging reciprocal play experience in two worlds that has never been seen before,“ said Donaldson.

At our core we focus on tactile building, but AR presents opportunities to enhance physical Lego play with new action and mastery elements.

Lego has been a big fan of augmented reality, serving as an early partner for Apple and Google with their respective AR toolkits and sharing the stage with the companies to highlight the capabilities of ARKit, ARKit 2 and ARCore.

As a result, the company has released AR Studio and Playgrounds for iOS, and BrickHeadz Builder AR for Android.

This time around, though, Lego has enlisted Vuforia, the company that previously worked with the toy maker to integrate its playsets into mobile games. This time around, Vuforia’s cross-platform object recognition technology will power the augmented reality experience, according to multiple reports.

Previously, Lego’s Playgrounds AR playsets were only compatible with iOS since it used ARKit 2.0 object recognition (and Google has yet to catch up with its own object recognition capabilities for ARCore), Vuforia will enable the company to bring the experience to both iOS and Android devices at the same time.

Overall toy sales fell 2% in 2018, partially due to the bankruptcy of Toys-R-Us, but several categories rose compared to 2017, with electronics far ahead of the pack in terms of growth.

In other words, if you can’t beat them, join them, and AR enables Lego to potentially sell more of its playsets and further its participation in the growth of tech-powered children’s products. 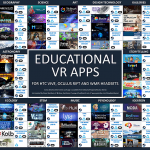 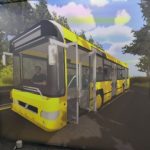