in the future, law students will walk into a virtual reality crime scene.

Instead of reading about evidence in a book, they will see it: blood, hand prints, and a dead body. They will be able to walk around the virtual world like kids playing a video game.

Actually, they already did that. Not the video game, the virtual crime scene.

At the University of North Texas Dallas College of Law last summer, law students created a virtual crime scene. They set the stage with blood, a stapler, handprints and a dead body.

Of course, they used props. But with the evidence in place, they recorded the scene using a 360-degree camera.

„It was an experiment at the request of a criminal law professor,“ said Jennifer Wondracek, director of legal educational technology at the school. „We did it low-budget because we were trying it out.“

It was a success, and the professor wants another one to supplement classroom material. The technology department is making more based on actual crime scenes, Wondracek said.

The University of Oklahoma College of Law wants to immerse students in technology — literally in virtual reality. The school has two virtual reality stations to explore how VR can be used for demonstrative evidence.

According to reports, some law schools are using more legal tech than many law firms. In one survey, 62 percent of the respondents said they are already using or intend to use new technologies in the classroom.

Law schools are using document assembly tools, time-tracking software, and other technologies in classrooms. Some, like Oklahoma and North Texas, have incorporated virtual reality in their instruction.

„It’s a necessity for our law students to leave law school with a technology proficiency,“ said Joe Harroz Jr., dean of Oklahoma University College of Law. 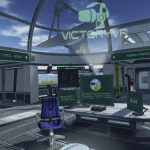 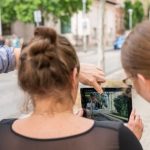