When preschool students see the lion on the flashcard for the letter „L“ come alive and roar, they typically jump back and squeal with delight.

Their reaction isn’t far removed from how educators respond the first time they see this phenomenon, as well.

„We were blown away by the technology,“ said James Cupit, an early childhood administrator for the School District of Philadelphia. „We had never seen anything like it.“

The city’s public school system bought a supplemental augmented reality curriculum for teaching early literacy skills from Alive Studios for 37 of its preschool classrooms. The kit comes with flashcards for each letter of the alphabet, and each letter has a 3D animation associated with it.

When teachers hold the cards under a document camera and move them around, the animations come to life on a computer screen, bringing 3D learning to students without the need for special glasses.

„I can be skeptical when it comes to using technology in the classroom. I think young children have too much screen time as it is,“ Cupit said. „But with this technology, the students are really learning from it. And it’s engaging. Kids are excited about it.“

Poised for an Impact

Augmented and virtual reality have been touted as emerging learning tools for years. Now, their promise is finally being realized in thousands of classrooms worldwide.

„Augmented and virtual reality are transformational technologies that can change existing pedagogies for the better,“ said Ben Fineman, program manager for cloud collaborative services at Internet2, an advanced technology consortium of universities and research organizations.

For a long time, the hype surrounding these technologies outpaced their usefulness in the classroom. But now they are poised to make a real impact on teaching and learning, Fineman said, as hardware costs have come down and new applications have emerged that put AR and VR within reach of most schools.

VR headsets range from about $400 for the Oculus Rift to just $10 for Google Cardboard, though schools will need smartphones to use with the Google Cardboard viewers. Virtual field trips are among the most promising applications of the technology, Fineman said, allowing students to experience places that would be impractical, unsafe or impossible to visit in the real world.

For instance, students can visit a wide range of physical locations around the world using Google Expeditions. They can take a tour of the solar system with apps such as Titans of Space. And students in construction trade programs can virtually tour a construction site to learn about safety violations without being exposed to danger. 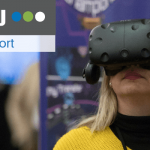 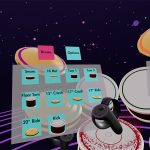