The pioneering healthcare company, XRHealth, announced the integration of Tobii’s medical-grade eye-tracking tech for their VR platform used for virtual therapy sessions. The new feature will enable clinicians to assist patients with neurological conditions, such as Parkinson’s Disease, Multiple Sclerosis, and Autism.

Tobii eye-tracking finds its way to the Pico Neo 3 Pro Eye headsets, powered by the Qualcomm® Snapdragon™ XR2 Platform. It will aid clinicians in measuring and diagnosing neurological conditions to assist patients better. They can use the tech to treat symptoms by increasing attention span, improving eye contact, and more.

For instance, during therapy sessions, they could use it to measure the patient’s pupil as a biomarker for stress and anxiety. Moreover, the clinicians will be able to collect a lot more data using the new eye-tracking capabilities and evaluate a patient’s progress over the treatment more comprehensively.

“We are equipping our patients with the latest virtual reality technology so that they have access to the best healthcare experience available today,” said Eran Orr, Founder and Chief Executive Officer at XRHealth. “We are excited to partner with Tobii – the leader in eye-tracking – which will significantly improve patient treatment with accurate neurological measurements to provide markers for success.”

XRHealth’s VR platform provides data and insights to patients and clinicians in real-time to track and measure the methods adopted during therapy and make necessary changes as they progress.

“At Tobii, our mission is to create a better future for everyone through innovative technology,” said Johan Hellqvist, VP of XR at Tobii. “XRHealth’s eye-tracking integration to their VR platform proves once again that our technology positively impacts people’s health and lives. As a company, we are committed to catalyzing the commercialization of healthcare innovations and working with partners to address challenges.”

It’s been a big week for virtual reality (VR) hardware announcements thanks to HTC Vive’s very first ViveCon 2021 event. The all-in-one Vive Focus 3 was finally unveiled after much teasing whilst the big surprise was the Vive Pro 2, HTC new flagship PC headset. While both devices have plenty of tech built-in one thing they don’t have is eye-tracking which will be made available later in the year as an addon.

Eye-tracking will come by way of Chinese company 7invensun whose technology VRFocus has previously come across in Pimax and other headsets. 7invensun’s involvement wasn’t part of the main ViveCon Keynote yesterday, instead revealed by HTC China President Alvin Wang Graylin who confirmed that the Droolon F2 eye-tracking module would be available for customers in Q3 2021, priced at $299 USD.

That’s double the price of the company’s previous eye-tracking module which was available for HTC Vive headsets retailing at $149. What’s more unusual is the fact that neither headset has eye-tracking natively built-in considering the HTC Vive Pro Eye has been available for several years now. Especially where the Vive Focus 3 is concerned. The standalone headset is purely aimed at the enterprise market which is where eye-tracking would be most applicable, offering analytics and training use cases. The Vive Pro 2 bridges both the consumer/enterprise markets so keeping the cost down is understandable, plus very little content actually uses eye-tracking.

Graylin’s Tweet also mentions that the Droolon F2 eye-tracking module will be available in ‘most markets’. Considering 7invensun’s tech has mostly been for the Chinese market the launch could be the first time customers in Europe and the US can easily acquire its eye-tracking. Vive Focus 3 and Pro 2 owners will have to wait a few months to find out.

The eye-tracking module adds to the ever-growing list of accessories for the HTC Vive platform. The most recent additions include the Vive Tracker 3.0 and the Vive Facial Tracker. If you want a VR platform with lots of accessory options then HTC Vive has definitely got you covered.

7invensun has a long history with HTC Vive being one of the startups involved in the Vive X accelerator programme.

Riot Games’ League of Legends is one of the top games in the rapidly growing eSports world, a frenzied multiplayer online battle arena that requires significant skill, ability, and practice in order to climb its ranks. It is, in other words, really hard to get good, and players are desperate to identify anything that can help them improve performance.

Now a Santa Monica-based software startup and a 19-year-old Swedish tech company say they have a tool that can help even the most unskilled gamer avoid getting ganked: Eye-tracking systems that help players measure their performance, compare it to the pros, and learn what they’re doing wrong —in the blink of an eye.

“Eye tracking is basically a gateway to the player’s brain. It’s the closest thing we have to being able to give you real time information on where someone is focused,” says Amine Issa, co-founder of the eSports startup Mobalytics. “The best players [succeed] because they’re looking for the right information and anticipating things at the right time.”

Mobalytics sells software tools that help video game players analyze their performance. At present, most of those apps analyze recordings of matches, so all the system knows is what was on the screen: Did the player score a point, kill an enemy, that sort of thing. But by adding in eye-tracking data collected via a sensor made by Stockholm-based Tobii, Mobalytics can perform a much broader analysis based on not just what the player did, but what they were actually looking at during each second of the match: Did they see incoming threats? Did they check their mini-map often? Were they tracking the position of an enemy that scored?

Mobalytics has studied the eye movements of different players at different skill levels, so they can take this data and compare it to standards set after analyzing top professionals. For instance, Mobalytics’ studies have found that top League of Legends players look at the mini-map almost twice as often as average players: By using the eye-tracking system, the software can tell a user whether they need to check it more or less often.

Other data points offer more complex behavioral analyses, like whether a player is just looking at a map or actually processing the information there and acting on potential threats.

“What’s really important is the amount and frequency of information that the better players can retain, [not just] the timing of when they look,” says Issa. “We’re able to infer [behavior] from different pieces of data —some come from eye tracking, some come from the game. And we’re able to combine those different channels, look at the context, and say ‘this worked’ or ‘this didn’t.’”

Issa began studying video game performance when he was a student working on his his PhD at the Mayo Clinic Graduate School of Biomedical Sciences. “I’d been playing video games all my life, and when I was doing my PhD in human physiology and biomedical engineering, what I was really studying was World of Warcraft,” Issa says. “I played so much World of Warcraft, that I ended up playing professionally for Team Fnatic. And I got super curious what made players really good and what made their play style different.”

At present, Mobalytics’ tools are only publicly available for use with three games —League of Legends, Legends of Runeterra and Teamfight Tactics— because their publisher, Riot Games, has an open public API that makes data accessible to outside companies. But the company is currently operating a beta test of their software for Valve’s Counter-Strike: Global Offensive, and now that eye-tracking hardware from companies like Tobii are becoming more affordable and commonplace in PC gaming rigs, they’re also adding eye-tracking capabilities to the system.

This spring, Mobalytics and Tobii will launch a beta test of the technology: Participants will need an external Tobii eye tracker or an Alienware laptop with integrated Tobii eye tracking to join in, as well as a free Mobalytics account. (Interested parties can sign up here.)

“We have years of experience doing eye tracking research to study human behavior and performance, which is why it’s so exciting for us now to take all of that knowledge and bring that understanding to competitive gaming,” says Martin Lindgren, Head of Gaming for Tobii. “For me personally and for us as a company, it’s a really exciting new use case… understanding what makes a good player good by knowing what they’re looking at and what they’re paying attention to.”

Accenture, Qualcomm, and Kellogg team up on eye-tracking mobile VR for retailers

Accenture, Qualcomm, and Kellogg have launched a pilot test that uses eye-tracking technology in a virtual reality headset to determine the best way to stock shelves for retailers.

The companies believe VR has a chance to transform retail merchandising by enabling companies to do market research faster, more affordably, and on a larger scale.

Raffaella Camera, a leader in Accenture’s Extended Reality group, said in an interview with VentureBeat that the VR solution includes a Qualcomm chipset and technology from Tobii, which makes eye-tracking solutions. With such VR headsets, retailers can track where a headset wearer looks when walking down virtual aisles. Camera said that puts to the test theories such as whether people look at the top of a shelf for new products when they are shopping.

Camera said the demo shows the business value of VR, as it has resulted in an 18 percent increase in brand sales during testing with Kellogg’s products.

This immerses consumers in a full-scale, simulated store, enabling them to move through the space, shop, pick up products, and place them in carts, and it enables businesses to observe what consumers are looking at, for how long, and why. The mobile solution is designed to allow companies to extend their reach to more geographically dispersed participants and perform market research more effectively.

The solution was tested in collaboration with Kellogg for the launch of its new Pop Tarts Bites product. The mobile VR eye-tracking technology provided far deeper behavioral data than standard testing, which typically relies on online surveys and in-home user tests, Camera said.

Jenny McDaniels, senior manager of category strategy at Kellogg, said in a statement: “When trying to best assess a future product’s shelf placement, this new methodology provided optimal guidance from both a product and category perspective. This approach provided multiple data outputs, which in turn created a holistic solution that would drive success for both the category and product.”

In fact, this new data led to insights that directly contradicted assumptions reached by traditional methods. Rather than placing Pop Tarts Bites on higher shelves, which conventional testing indicated was where consumers expect to find new products, the VR solution demonstrated that optimal placement for the new product was on lower shelves. This is what led to the aforementioned increase in brand sales of 18 percent during testing.

This pilot represents an important step in transforming retail merchandising. Brands spend considerable time, money, and manual effort determining optimal product placement and assortment on store shelves, as well as arriving at a pricing strategy. However, these efforts tend to be limited by the depth and quality of available data.

The VR merchandising solution will be on display at MWC 2019 Barcelona from February 25 to 28 in the Accenture booth.

Accenture, Qualcomm, and Kellogg team up on eye-tracking mobile VR for retailers 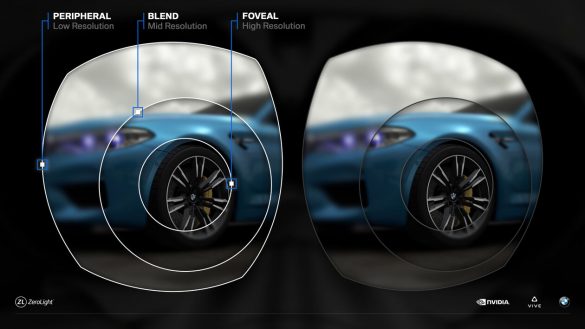 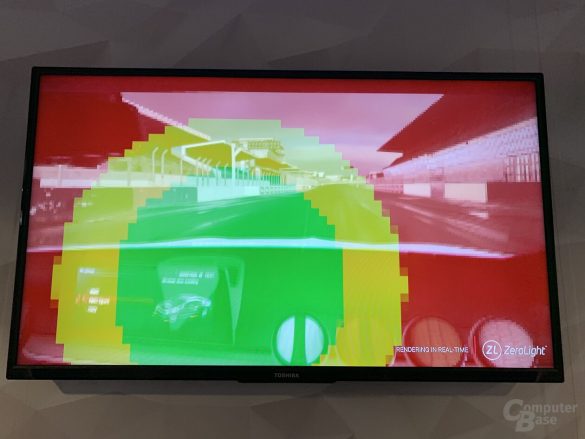 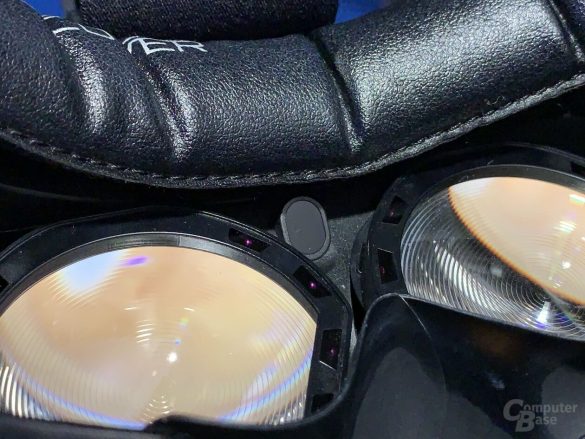 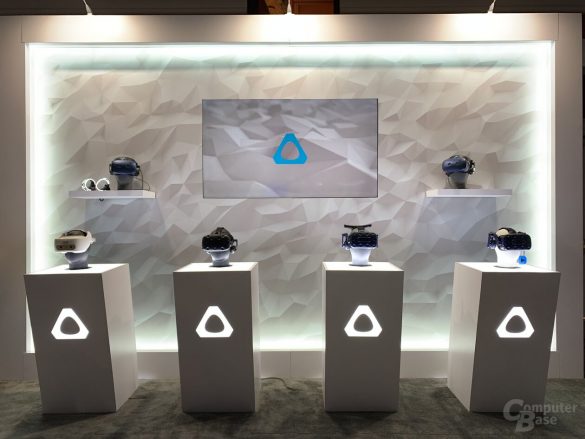