In 2021, Microsoft won a United States Army defense contract worth up to $22 billion which would support the development of an Integrated Visual Augmentation System (IVAS), a tactical AR headset for soldiers based on HoloLens 2. Now Congress has rejected the Army’s request for $400 million to buy as many as 6,900 more of the AR combat goggles this year, a Bloomberg report maintains.

The rejection cites rocky tests conducted last year. Testing was done over a three-week period ending June 18th, where the Army assessed Microsoft’s IVAS with a cadre of 70 Army infantry soldiers, who were tasked with using the device during three 72-hour combat scenarios.

None of this comes as a giant surprise though, as Microsoft was reportedly bracing for negative field tests back in early 2022 due to alleged quality problems.

This comes only a few weeks after the Army awarded a $125 million “task order” for the development of a new model, dubbed version 1.2, which is said to include software improvements for better reliability and reduced power demand.

The 1.2 version task order is said to provide “improvements based on completed test events” which aim at a developing a “lower profile Heads-Up Display with distributed counterweight for improved user interface and comfort.”

In the meantime, the Army will be using its first batch of 5,000 goggles for training—only a small fraction of the max 121,000 devices, spares and support services stipulated in the $22 billion deal. 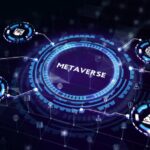 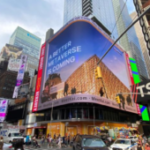