NVIDIA has announced today at CES 2023 the latest release of its NVIDIA Omniverse Enterprise platform that enables enterprises to build and operate metaverse applications. According to the company, this latest release is designed to bring increased performance, improvements in real-time RTX ray and path tracing, and streamlined workflows to help teams build connected 3D pipelines, and develop and operate large-scale, physically accurate, virtual 3D worlds.

NVIDIA stated that its Omniverse ecosystem is expanding, with more capabilities and tools. The latest additions include:

In order to further strengthen its offering for businesses and organizations to enable them to build 3D worlds, NVIDIA stated that updates to the core components of its Omniverse Enterprise platform include:

NVIDIA Omniverse Enterprise is available by subscription from BOXX Technologies, Dell Technologies, Z by HP and Lenovo, and NVIDIA channel partners including Arrow, ASK, PNY and Leadtek. The platform is optimized to run on NVIDIA-Certified, RTX-enabled desktop and mobile workstations, as well as servers, with new support for NVIDIA RTX Ada generation systems.

To watch the full NVIDIA special address from CES this week, click here. To find out more about NVIDIA Omniverse Enterprise, please visit the company’s website. 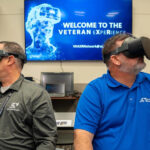 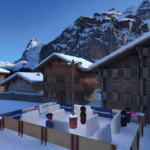