Following numerous leaks and teasers, the CEO and Founder of Meta, Mark Zuckerberg, said that his firm would ship the device on October 25 for $1,499 after a short pre-order window.

The device marks the first Meta product that uses the Snapdragon XR2 chipset from Qualcomm, enabling the Quest Pro to run with 50 percent more processing power than previous models.

Additionally, the device contains redesigned controllers, lenses, and ergonomics, although reports claim the Quest Pro only has one to two hours of battery life.

Meta is optimising and integrating its portfolio of immersive applications to correspond with its latest technology advancements made by the Quest Pro’s development.

Called App to App Travel API, Meta plans to distribute the update in late 2022, and it enables developers to design interoperable applications where users can quickly jump between immersive services.

Additionally, the firm is introducing Meta Quest Browser and Progressive Web Apps (PWAs) that enable headset owners to use an overlay for 2D applications without leaving an immersive experience.

Major technology firm Microsoft is also teaming up with Meta to work on PWAs, integrating its PWABuilder developer tool as an easy way to start developing integrated 2D applications on the Meta Quest Pro. Currently, Meta is announcing a range of PWAs, including Dropbox, Adobe Acrobat Pro, Coursera, LastPass, and Peacock.

During Meta Connect 2022, Zuckerberg also announced Zoom integration and a deep partnership with Microsoft to translate the Windows 365 ecosystem into an immersive workplace service.

Meta is also developing its Fitness API Beta for Fall 2022. The feature enables users to track real-time and historical fitness data, which developers can integrate into an immersive application to power leaderboards and progression-based gameplay.

Meta cannot develop its rich interoperable MR services without a visual upgrade to add flair and immersion to its powerful APIs.

The Meta Quest Pro is introducing a full-colour passthrough for its MR experiences. Previously, the Quest 2 only featured black-and-white passthrough for experimental and accessibility features.

The device also contains a spatial audio system that enhances realism by simulating how sound waves echo and reflect in a real-world location.

Meta is vastly improving its avatars; following a successful launch during Connect 2022, the firm is introducing Movement SDK that utilises the Quest Pro’s eye, face, and body tracking hardware to create full-body avatars.

The new developer hub lands just as Meta, and other Metaverse firms, are pushing a digital economy based on user-created content. 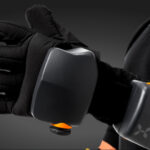 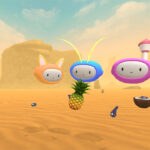