The company says in a blog post its so-called ‘Rec Room Studio’ integration is designed to “complement the existing in-game tools, allowing you to seamlessly edit Studio content with the Maker Pen, and vice versa.”

Here’s a quick explainer from Rec Room showing off Studio in action on their latest first-party mini game Showdown, which was released in mid-August.

Before the Studio update, Rec Room creators would build rooms and objects by using an in-game tool called the Maker Pen, which allows you to spawn basic shapes, specific creation tools, props, and community-built assets. The Maker Pen is surprisingly flexible and provides a good onramp to content creation, although it’s decidedly limiting for would-be developers who are already familiar with the standard game development tools.

To boot, Rec Room Studio now not only lets content creators build directly in Unity, but also import 3D assets from software such as Blender, Photoshop, and Maya, opening the platform to a host of industry standard tools.

Now in Beta, Rec Room Studio is said to support:

As its userbase intersects with Unity, we’re bound to see more maker resources through Rec Room’s Creative Community Program, which guides users on how to make for the social VR platform. This focus on user-generated content comes amid the platform’s burgeoning digital economy which lets creators get paid real cash. In the first quarter of 2022 alone, the company has paid out over $1 million to creators.

Rec Room is available on Meta Quest, PC VR headsets, PSVR, and traditional gaming platforms such as iOS, Android, PlayStation, and Xbox. Find out how to download Rec Room here. 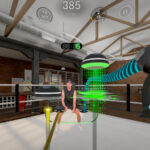 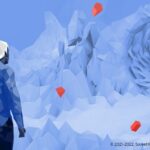