The days of worrying about eavesdropping are over.

Shiftall’s mutalk is a bizarre-looking Bluetooth microphone that lets you chat privately in VR. A microphone housed inside the device captures and amplifies the wearer’s voice while Sound Insulation Material Sound absorption material prevents those in your vicinity from eavesdropping on your conversation.

“Voice is one of the biggest problems for VR metaverse users, and it’s hard for family members to hear you when you’re having fun in the VR space,” says Shiftall on the official website. “If you live in an apartment complex, your neighbors will probably complain if you make loud noises.”

“The mutalk is a Bluetooth microphone with a mute function that prevents your voice from leaking out.”

Mutalk was first revealed this past January at CES 2022 where it captured the public’s attention with its one-of-a-kind design and unique capabilities.

The device last over 10 hours on a single charge using a standard USB Type-C cable and is compatible with Windows, MacOS, iOS, iPadOS, and Android devices in addition to VR headsets.

Reservations are now open for those interested in securing their own mutalk Bluetooth microphone. The device is expected to begin shipping anytime between November – December 2022. According to a report, the microphone will cost approximately 19,900 yen, (roughly $141.92) including tax.

Needless to say, the mutalk microphone could prove immensely useful in variety of different scenarios. Maybe you need to convey sensitive information to a coworker over the phone while in public or don’t want to wake your partner while playing some late night video games.

Personally, I can think of a number of times throughout my day when the accessory would have come in handy. 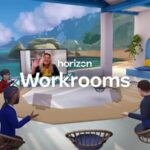 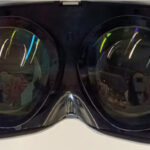