Meta accounts are now supported in Horizon Workrooms, essentially clearing the biggest roadblock to the software’s adoption as remote work and meeting solution.

Since launch in August 2021 Horizon Workrooms used a separate Workrooms account and team management system for logging into the service and managing access. This sign-in flow threw up roadblocks and caused confusion for people who wanted to join meetings across Quest 2 VR headsets and traditional video chat. The former required a Facebook account at the time, meaning in many instances people who wanted to use the service and its innovative features might be using the same email address to login to multiple accounts from the same company. Now, there’s just the Meta account to use for headset log-in or via a computer, with permission granted by admins to join specific Workrooms.

Put another way, the most recent update drops the concept of teams and moves access directly to the rooms themselves managed by each room’s administrator.

“With Workrooms moving to Meta accounts, the concept of Workrooms teams was removed,” a help document explains. “If guest access is turned on for a workroom, members of the workroom can share a link for non-members to join meetings via video call. As a guest, you do not need to create a Meta account.”

With Meta accounts now required to log into Quest 2 headsets that same account can now get into Horizon Workrooms. There’s still separate profiles for Horizon and Workrooms, but the same account now gets you into the service via both desktop-based video chat and in VR. A pop-up during the migration says users have until November 30th to migrate their account to the new system if you were already a member of Workrooms previously.

The update comes as the company completes the last major pieces of its branding transition from Facebook to Meta, with CEO Mark Zuckerberg envisioning it as a company focused on realizing a next generation platform for personal computing based around VR and AR headsets. Like the Oculus mobile app itself, the Oculus Remote Desktop app which allows you to access your PC inside Horizon Workrooms is now called “Meta Quest Remote Desktop”.

Next month, Meta is planning to release the high-end standalone Meta Quest Pro VR headset. Currently referred to by the code-name Project Cambria, the headset will run Quest games and is expected to target early adopting developers and remote workers. 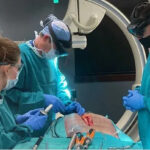 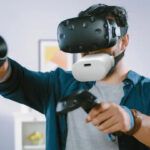