Veteran enterprise VR studio VRMADA has released a public version of its VR toolset for quickly building immersive interactions for VR within Unity. Called UltimateXR, the studio says the tool is free and open source.

Our Guest Article by VRMADA CTO Enrique Tromp remains one of my favorites to this day because of how it shows the power of rich VR interactions. The problem, however, is that building rich interactions in VR (ie: interacting naturally and enjoyably with objects in the virtual world) is a painstaking process.

But VRMADA wants to make it easier and to that end has released UltimateXR, a development framework to build rich VR interactions in Unity.

Based on the studio’s own internal framework that’s been driven by the production of various VR projects, UltimateXR is free and open-source, allowing Unity developers of all stripes to more efficiently build rich interactions into their VR content.

UltimateXR supports Oculus, Pico, SteamVR, WaveXR, and WMR SDKs, and is comprised of 70 documented modules to do much of the heavy lifting required to build rich interactions in VR.

The framework primarily deals with creating avatars that can interact with the scene, interactive objects, and hand poses for realistic interaction with those objects.

For instance, developers can use UltimateXR to create a full-body avatar with IK, define various points at which a single object can be grabbed, specify how an object can be manipulated once grabbed, and create the specific shapes that the user’s hand should make when grabbing the item in different ways.

Doing all of this from scratch can be painfully time consuming—and only grows in complexity as the number of interactive objects increases—which is one reason why rich object interactions in VR are rare.

The framework is available now at the UltimateXR website and the company says it plans to continue to evolve the framework as time goes on. 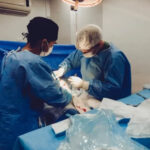 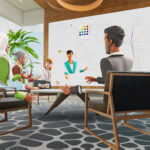 Avoiding a muting of minds: why 3D workspaces are better for creativity than video calls