Waya Health, a provider of a virtual reality (VR) platform for healthcare, has recently announced the deployment of its immersive VR creative arts therapy application across 56 Veterans Health Administration (VHA) medical centers in cities across the US, including in New York City, Los Angeles, Spokane and Miami.

According Waya Health President, Joe Morgan, MD, the deployment represents “One of the largest single deployments of virtual reality within a US healthcare system.” He added, “We are proud to provide the VHA with a unified system that promotes many ways of veterans healing, virtually.”

Under a USD $1.8 million contract with VHA, Waya Health has shipped more than 350 VR systems with the company’s proprietary software to VHA medical centers in 34 states and Puerto Rico. The company also is providing training, technical support, and software upgrades over the course of the two-year contract.

“The potential for immersive technology, specifically VR, to positively impact the lives of our staff and veterans is endless,” said Anne Lord Bailey, PharmD, Director of Clinical Tech Innovation and co-lead of VHA Extended Reality Network. “From helping address pain to empowering rehabilitation, we are seeing veterans engage in their care in really powerful ways. Creative arts therapy VR has been no exception.”

Waya Health stated that VHA began using and testing its technology in 2018 in a variety of clinical situations in VHA hospitals and community living centers, including for pain relief, mental health, and clinical assessments.

“VHA has been an incredible embracer of innovation,” Dr. Morgan said. “They’re light years ahead of the rest of healthcare with a system-wide, integrated, virtual reality system. They’re going to reap the benefits in terms of outcomes, from a cost standpoint, and in terms of the kinds of care they’re able to provide.” 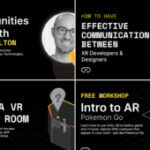 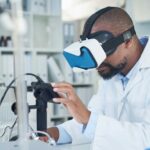