Customers can use the Meta Quest 2 to design everything from seats to countertops.

At some point, we’ve all dreamed of owning a private jet. But what about designing one?

European multinational aerospace corporation Airbus is making that dream a reality at their ACJ Two Twenty Creative Studio in France, where you can stroll onto the sales floor, and customize the interior of your swanky new ACJ Two Twenty “Xtra Large Bizjet” using VR technology.

Each ACJ Two Twenty jet comes with a pre-designed interior to start with. Using a Quest 2 VR headset, customers can build off of this initial design and configure the inside layout using the Touch controllers. This included the ability to move walls, add tables, or create the perfect window seat.

The Creative Studio also lets you pick out the smallest details through color and fabric swatches, as well as materials that you can use for seating, flooring, and countertops. You can also use the VR design studio to move, add, or subtract lighting.

ACJ Two Twenty Creative Studio also allows you to add other neat amenities such as a king-sized bed, a galley for your personal chef, a small movie theater, and a full-sized bathroom with a shower. Each jet offers up to six living areas (the average is two living areas) and can accommodate up to 18 people. In which case you may want to consider adding two bathrooms.

Once you’ve completed the design of your luxury jet, you can then move around your personalized jet in VR. If there’s something you want to change, just pop open the menu and make the adjustment in real-time.

The VR experience is also a training tool mechanics and technicians can use to learn the individual locations of specific cables and access points inside of the jet.

To turn your VR design into reality, Airbus has partnered with Comlux Completion to build each custom jet. According to Comlux, VR technology allows them to speed up completion times while reducing the costs of building each luxury jet.

Now, let’s talk about the cost. As you can probably imagine, owning an ACJ Two Twenty jet isn’t cheap. Airbus has reported that they have already sold six custom Xtra Large Bixjets jets at a total of $81 million each. All customization will be done at the Comlux Indianapolis facility, and once completed they will be shipped off to the FIVE Palm Jumeirah Hotel in Dubai.

If you happen to have a cool $81 million sitting around and you’re interested in building out your own luxury business jet using VR, just hit the link to get started. Also, can we have ride? 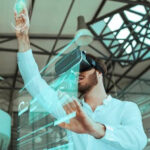 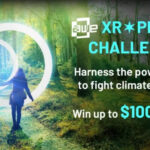