What Is an NFT and Why Does it Matter?

Well, it Doesn’t… Yet

Non-fungible tokens (NFT) are definitely having their moment in the sun – and what a moment it is. Collins Dictionary recently announced NFT to be the word of the year, ahead of other contenders like “climate anxiety” and “metaverse”.

NFTs worth $10 billion were traded in Q3 of 2021 alone, and agencies behind celebrities like BTS are leveraging the technology for added monetisation channels.

So, what are non-fungible tokens or NFTs? Are they here to stay, and, if yes, could they transform our online and virtual lives?

With Facebook rebranding as Meta and announcing its intentions to build the global, decentralised metaverse, NFTs take on a whole new meaning.

From an optional investment class for hobbyists, it could become the primary mode of transaction and ownership in a fully AR/VR-driven space. Let us explore these implications in detail.

Defining a Non-Fungible Token or NFT

An NFT can be defined as a data unit containing information about a product or a service stored on the blockchain so that it is immutable and non-interchangeable.

You could consider an NFT as the virtual equivalent of high-value property, where the value is derived from demand patterns and ownership and aren’t intrinsic to the product or service itself. Interestingly, cryptocurrencies are also data units containing information about transactions and stored on the blockchain.

The difference is that it is interchangeable – i.e., two units are identical in value – and it is built for trading. If NFT is property, cryptocurrency is cash in the virtual world.

The first known NFT was created and purchased in 2014 and was called monetised graphics at the time. It is only in the last 4-5 years after the mainstream-isation of cryptocurrencies like Bitcoin and Ethereum that NFTs gained prominence.

The ERC-721 token standard for the Ethereum blockchain attempted to define NFTs as a separate asset class and elaborated on its non-interchangeable nature. Two NFTs could never be identical in valuation, which is what gives it the same properties of ownership as real-world products, services, and intellectual property.

Let us zero in on the intellectual property bit for a minute. NFT has been increasingly used for IP trading and investments in the last two years.

In March 2021, an NFT artwork was sold at a Christie’s auction for a whopping $69 million, despite the fact that it existed in a purely digital form.

It is this phenomenon that makes us seek a better price when we sell property than when we bought it originally, in addition to market conditions.

NFT Use Cases in AR/VR and the Metaverse

While NFT investments have gained momentum in the last two years, it would really enter the mainstream once the vision for the metaverse is fully executed. Here are four use cases we can expect when this technology is introduced in AR/VR worlds:

The metaverse is a highly interoperable and decentralised space. This means that there will be multiple VR worlds, co-existing with each other, and movement between them will be largely unregulated.

VR teleportation apps would allow users to move in and out of any space, which could make it difficult for the metaverse to create real-world parallels.

NFTs could act as key cards for access to exclusive events and VR spaces, aided by ID systems on the blockchain.

NFT as art in the metaverse

This use case is already at play and could be easily transferred into a metaverse-ian reality. Investments in AR/VR worlds could take place primarily through non-fungible tokens, which are either original IP or recreations of existing masterpieces.

Like art, real estate in VR would also be sold in the form of NFTs.

The recent purchase of a patch of virtual land for $2.4 million within the metaverse-ian world, Decentraland, is a good example. Decentraland is one among the multiple metaverses in existence today.

The future metaverse (potentially built by Facebook) would consolidate all of these worlds, thereby driving up NFT prices like real-world property.

As the data contained within NFTs is immutable and non-interchangeable, it decreases the potential of fraudulent IP usage.

Once an asset, artwork, property, product, or service is classified as an NFT, it will have a unique value inside the metaverse and users will have to necessarily compensate the creator either directly or via the supply chain.

Even as Mark Zuckerberg mentioned the term metaverse 10+ times in his keynote speech, references to NFT and crypto were more elusive.

Zuckerberg mentioned their commitment to “supporting crypto and NFT projects in the community” in his Founder’s Letter, and we can imagine that NFT will play a major role as Facebook’s metaverse is built out, and more creators are brought into the fold.

Interestingly, before this in August, Facebook mentioned that it planned to introduce NFTs as part of its crypto-based digital wallet, Diem (formerly Novi/Calibra).

It should be noted that a metaverse may technically exist without crypto or NFTs – but combining the two just makes sense. NFT is a digital-native asset designed for the virtual world, and the metaverse is a fully virtual space.

However, NFT activity is largely unregulated and there have been unprecedented spikes and slowdowns.

A recent survey found that users show mixed feelings towards NFTs – 48% of Americans feel they are a “good and safe investment;” 22% of Brits agree. 17-18% of Americans and Brits agreed that it was an “absurd” notion to own assets that do not exist in the physical realm.

In other words, NFTs have incredible potential and while there may be some early resistance, proper regulation and governance could place them at the centre of the metaverse economy. 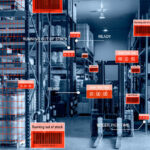 Thinking Outside the Box: The Future of AR-Driven Warehouses 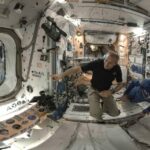