If you love all things related to space then you’ve probably been closely following the rather epic project that is Felix & Paul Studios’ Space Explorers: The ISS Experience. Over the last few years, the studio has partnered with NASA and Time to record some amazing 360-degree footage aboard the International Space Station. Released episodically, today sees the launch of UNITE, the third instalment of the series.

As the title implies, UNITE focuses on the crew members aboard the ISS. More specifically, the episode sees crew members from the same astronaut training class reunite. “A space culture evolves between the select few who have had the chance to live and work aboard the International Space Station. Old friends arrive, and for the first time, half of an entire astronaut class reunites on the station. The cycle continues as, once again, one mission ends and another begins. The crew’s unique shared perspective grows stronger as colleagues realize dreams of the humanization of space together,” the synopsis details.

Space Explorers: The ISS Experience has been pushing technological boundaries as it captures life onboard the station orbiting 250 miles above the Earth’s surface. In August the teams announced that the first 3D, 360° scenes in space had been captured using the highly specialised Outer Space Camera, a customized Z-Cam V1 Pro housing nine 4K sensors to record scenes at 8K resolution. Expect to see those in the final episode.

Space Explorers: The ISS Experience “UNITE” is available now for free. You can watch all three episodes on Meta Quest and Oculus Rift either via the Space Explorers app or on Oculus TV. This isn’t the last instalment either. The fourth (and final) episode Expand is due for release in Spring 2022. 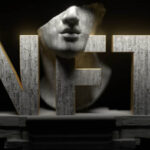 What Is an NFT and Why Does it Matter? 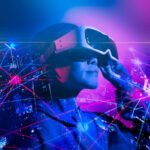