Market will reach sales of 71 million devices in 2025

On 23 November, we published our latest market forecast for virtual and augmented reality (VR and AR) devices. Here, we outline some of the report’s highlights.

We expect worldwide unit sales of headsets to reach 11 million in 2021, up almost 50% from 2020. In 2025 we forecast 71 million VR and AR devices will be sold, with a manufacturer value of $22 billion. This is a minor rise from the previous forecast, as signals from the market suggest our positive outlook is well-founded.

Two streams are merging to support our consistently solid expectations for the future of extended reality (XR): stellar growth in sales of the popular Oculus Quest 2 headset and a flourishing appetite among businesses for XR solutions — both VR and AR-based.

The pandemic gave a needed boost to consumer demand for XR, which helped relieve people’s boredom in lockdown. But our forecast was always based on the assumption that growth over the next decade will not come from gaming alone, but also from integrating the technology with other forms of visual entertainment including video, education, web browsing, remote events and socializing.

Meta, the new company name for Facebook, recently gave everyone an idea of what this might look like. More importantly, it signalled its intentions to build an open platform for the metaverse and to invest heavily in making this a reality — a virtual one for users and a very material one for any participating business. We highlighted our view after the announcement, noting that the metaverse is little more than an idea right now, but the narrative lends itself well to XR and will undoubtedly be important in spatial computing. Meta certainly expects the latter to disrupt the computing world in future.

Just like consumer demand, enterprise adoption of AR and VR devices was given a significant lift by the pandemic. Companies accelerated their purchasing of out-of-the-box solutions enabling remote assistance, collaboration and training. In this next phase, where remote and hybrid work remains a central tenet of business transformation, we see organizations rapidly expanding XR’s scope, integrating the technology with their existing systems and security infrastructure as it becomes more embedded in their processes.

A growing number of devices in companies that have already adopted XR complements growth from the spread of the technology among new adopters. Altogether, enterprises are expected to account for 18% of VR and AR unit sales in 2021; in 2025, business around the world will buy over 13 million XR devices.

Naturally, the forecast for such a young market carries a lot of unknowns. One of them is that segments of the market are yet to appear. For the VR and AR market to reach 71 million units in 2025, we expect to see the arrival of attractive AR smart glasses targeted at tech enthusiasts, as well as lower-priced VR devices that use the processing power of smartphones. We forecast both segments emerging in the next two years before starting to have a noticeable impact in 2025 — at which time over 10 million consumer AR smart glasses and almost 8 million VR devices that tether to a smartphone are projected to be sold worldwide.

A summary of CCS Insight’s new forecast is presented in the chart below. 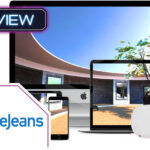 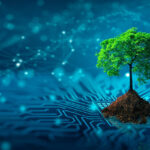 How do you Build a Responsible Metaverse? An Overview