What Is Virtual Reality And How Can I Use It In My Organization?

Summary: No doubt if you work in L&D or HR you’ve heard someone talk about virtual reality (VR). But what is it and what is it really capable of? In this article, we explore some of the frequently asked questions around this topic to shed some light on this relatively new technology.

Virtual reality (VR) is a completely immersive experience. By wearing a headset the user is transported to another world, which is typically captured through graphical, video, or photographic content. Once you have the headset on, you can freely move your head around as you would in real life and see everything: the ground, the sky, behind you, you have full 360-degree control.

Because of its immersive nature, VR is an amazing tool for HR and L&D, as users will literally be able to step into situations where they feel present. Presence is a key element to VR experiences as it creates believability. Believability leads to autonomy and feelings of control over actions as well as what happens based on our choices. Plus, we can’t be distracted by emails or things going on in the office. We are 100% immersed in the experience.

When VR has been used in learning experiences, it has given results such as:

So how can you use it in your organization? Most uses of VR break down into the following categories:

VR is an incredibly powerful tool, where you need to create a sense of empathy and feel like you are in a particular situation.

How Effective Is VR?

There has been significant research into the benefits of VR over the years, which shows VR learning experiences can create improvements in areas such as:

The great thing about the research conducted recently is that, in the main, we’re seeing comparison studies. That’s when VR is compared to eLearning, video learning, or classroom, so we can really see the difference in approach.

The team at PWC wanted to test whether VR would be as effective for training leadership, soft skills, or other human-to-human interactions and if it held advantages over traditional classroom or eLearning methods.

Over 3 months, employees undertook training in one of three formats:

Below are the results they discovered:

A second case I’d like to share is Walmart. Walmart employees across the US spend 8 hours in specific training stores being trained on how to handle online customer order collections. The training consists of a mix of hands-on and eLearning modules. Walmart converted this training into VR, which gave learners immediate feedback on their actions and performance.

By leveraging VR, it turns out that the training time was reduced to 15 minutes with no drop in efficacy. Walmart reported that it would return over a million full working days back into the business. To quote Heather Durtschi, senior director of content design and development at Walmart, „You can do the math as to what the savings would be.“

There are many more case studies out there regarding the successful use of VR in training and the more you look into it, the more interesting the results get.

Whether you’re looking at boosting the effectiveness of your learning, saving time and money, increasing confidence, creating an emotional connection, or aha moments, VR is a tool you should evaluate. It’s not a magic bullet but it can (when done well) produce staggering results.

Why Do VR Tools Work So Well?

We know that virtual reality (VR) can create immersive and memorable experiences that would not be possible or would be prohibitively expensive to create at scale in the real world. And what’s more, these events can take place at home or in the classroom, removing further barriers and costs to training. But how does it work?

VR essentially fools the brain. Our brains have evolved to work with multisensory inputs and to spatially organize thoughts and memories. VR experiences leverage techniques that make the brain believe what it is seeing is real. That’s why you see so many people fall over in VR, even when there is no movement in real life at all.

To see how real VR can feel check this video out:

VR uses spatial mnemonic encoding, which, in layman’s terms, refers to the brain’s ability to spatially organize thoughts and memories. Being able to visualize and see in an immersive space is often the key to producing improvement in recall results.

That’s because VR creates a true sense of being in space and taking part in the experience while feeling in your own body. It is the act of leveraging a person’s natural ability to sense body position, movement, and acceleration that can enhance learning and recall.

Attention is another key element to VR’s success in learning and development. The ability of a headset to block out all other stimuli and light from the real world fully immerses individuals in the virtual world, creating a zoning effect that delivers a superior sense of spatial awareness.

Another reason, which on its surface sounds unimportant, is the effect of enjoyment in learning. Being entertained affects the whole learning process. Enjoyment reduces stress or fear giving participants a new sense of motivation and something to look forward to. And if we want to create a cultural change when it comes to learning, encouraging people to come back and keep exploring enjoyment is something we should never undervalue. 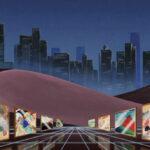 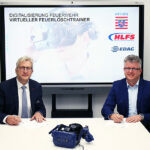