Oculus parent company Meta is the market leader in virtual reality (VR) solutions due partly to the massively-popular Quest lineup of standalone headsets.

Meta shook up the VR landscape after it acquired Oculus in 2016 and once again by rebranding itself as ‘Meta’ in late October this year.

The change reflects the firm’s new vision towards developing the unified and shared global platform for 3D immersive experiences known as the Metaverse.

At this year’s Connect event, Meta revealed many new technology plans and teased several platforms aimed at improving VR communication in the near future.

For example, a recent partnership between Meta and Microsoft boosted worker engagement by integrating Teams into Meta Workplace, the latter’s 2D collaboration platform for businesses.

For enterprises, there are a range of applications available on the Quest storefront to provide VR immersive environments for remote working.

Additionally, cross-platform options are available to enable users to collaborate via headsets, smartphones, or desktop computers.

Conversely, there are many brilliant third-party collaboration applications available on the Quest storefront, including:

Currently, Meta is distributing beta VR versions of Facebook and Instagram on the Quest storefront, and both apps still have enterprise capabilities to manage eCommerce opportunities, social media presence and consumer engagement.

AirLink also allows others to watch a user’s point of view from an external PC monitor, where mentors to track employee’s performance during VR training modules and other use cases.

By using AirLink, companies can choose from countless applications from digital PC-VR storefronts such as VIVEPORT, HTC’s app distribution platform for VR content to optimise workflows, without facing latency problems, on SteamVR’s most popular headset. 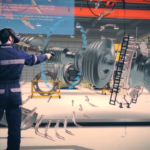 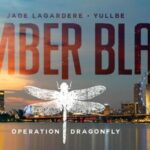