During the recent Facebook Connect event, Zuckerberg showcased a new set of developer tools that will be used to help the company build the foundation of its growing metaverse. One of those tools was Voice SDK, which enables developers to implement voice-driven gameplay into their games and apps.

One app used to showcase the power of voice commands in VR was FitXR, a popular VR fitness app featuring an impressive number of full-body cardio workouts led by highly motivated instructors.

Voice commands can be used to easily search for specific workouts by asking for a session with your favorite FitXR trainer or by telling the app to focus on your arms. The goal, according to the company, is to provide a seamless fitness experience that allows you quick and easy access to your favorite workouts.

Earlier this week, we spoke with Bojan Wilytsch, Product Design Manager at FitXR, to learn more about the potential impact voice-driven interactions could have not only on FitXR, but the VR fitness industry as a whole.

“For us, we are always exploring different interaction models which not only make the app better but give you a better workout,” said Wilytsch. When the team first got their hands on the Voice SDK, it was obvious the technology would be a game-changer for FitXR subscribers. Wilytsch tells me, “It was this moment where we put the headset on and just asked for a class and it reacted. It was a very magical moment.”

Voice interaction is just another way the company is making fitness accessible to all people. Last month FitXR launched its adaptive fitness classes, six seated fitness experiences designed for those with disabilities, injuries, or mobility issues.

The addition of voice commands could make these adaptive fitness classes accessible to a wider group of people. During our conversation, Wilytsch explains that FitXR’s vision of making fitness more accessible and reducing the access friction was aligned throughout the company. “We thrive to create the best experiences possible not only to achieve your fitness goals but to also make this as widely accessible as possible. We explored various areas in which the application can shine.”

That said, this is just the start for FitXR. Using your voice as a navigation tool isn’t new with smart devices, but it is relatively new for VR. In Wilytsch’s opinion, voice command technology will find its space and advance quickly within the immersive tech sector. However, Wilytsch points out that there are still several obstacles we need to overcome, including privacy, language, and connectivity.

”At the moment we are just at the beginning. Further down the line, we can think of using wake words like Siri and Alexa. Once we make those steps, it levels up to be more accessible for people who are differently-abled and unable to use the controllers.”

For now, FitXR will continue to explore different ways it can use Facebook’s Voice SDK to increase the accessibility of its full-body cardio workouts.

“I’m hoping to bring this as soon as possible to consumers. It’s something that just felt right. This is a very good next step,” said Wilytsch.

FitXR is available for free on the Oculus App store . A monthly membership ($9.99 per month) is required in order to access the full list of boxing, HIIT, and dance workouts..To learn more about FitXR, click here. 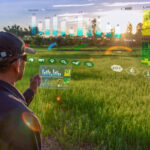 How immersive learning will revolutionize education 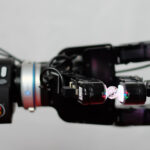