Democratizing The Metaverse: One Vision Of An Accessible Future For AR, VR, Virtual Events, And More

You don’t manage to host the world’s largest virtual event without significant digital chops and even a little bit of high-tech razzamatazz. But you also also don’t get to scale to the world’s biggest without making it accessible to those who don’t have virtual reality or augmented reality headsets.

So what do you do?

“Take virtual events,” Rooom CEO Hans Elstner told me recently on the TechFirst podcast. “If you just say … it’s only for VR headsets, then you only connect to other people that have this exact version of a VR headset. That is not the world how we see the world or the future.”

The metaverse has gotten a lot of press lately.

Typically, people think of the metaverse as some alternate reality: a wholly immersive virtual experience like Ready Player One or Neal Stephenson’s Snow Crash. That’s aligned with Facebook CEO Mark Zuckerberg’s Horizon Worlds on Oculus, currently in beta: “a social experience where you can explore, play and create in extraordinary ways.”

(I have early access to Horizon; it crashes frequently on my Oculus Quest 2.)

That’s a valid way of thinking about the metaverse: endless virtual worlds interconnected by portals for work, play, exploration, connection, and pretty much anything else you can imagine doing.

In other words, something that works with whatever device you have.

And something that works at whatever level of immersion you’re comfortable with.

Rooom, which just recently emerged from stealth mode with a $7 million series A, created the immersive digital environments for IFA 2020, accommodating 200,000+ virtual attendees at the height of the Covid-19 pandemic for one of the biggest consumer electronics trade shows in the world. It’s also doing virtual events for Augmented World Expo, Deutsche Telekom, PriceWaterhouseCoopers, and Vodafone. The key: delivering web-based 3D experiences that are cross-platform for virtually any device.

“So [many technologies] are just 2D platforms for sharing video,”Elstner says. “It’s not that engaging … we call it fake 3D.”

“And some others just do it in a very VR-headset focused way. The problem is the fake 2D is not that engaging, and the VR headset makes it necessary to have special, sometimes expensive devices.”

The metaverse, Elstner says, is already all around us, connecting as many different people, businesses, and parts of life as possible.

In other words, it’s the internet.

And the internet is designed to be used for both high-res immersion and lower-resolution suck-from-a-straw toe-dipping.

“On one hand, you can use a VR headset and so you have virtual reality right on your headset,” he says. “And it just works on almost every VR headset because we are using a technology — it’s called WebGL and OpenXR by Khronos Group. So it works right in the browser, no matter what kind of device. On the other hand, you can utilize and use 3D right in the browser also, quite easy, no installation necessary with a little bandwidth.”

That works for Rooom when it’s building virtual events or virtual spaces for its clients. But it’s also a definition that works for the rest of us when we think about metaverse and get tempted to dramatize and glorify what it is. In this version of the metaverse, doing a Google search via Alexa on a smart speaker is accessing the metaverse, even if in a very low-resolution and surface way. So is watching YouTube on your phone. So is reading news on an iPad.

It is also (and increasingly) an immersive 3D virtuality that we can inhabit via VR headsets.

But being such doesn’t negate the other, quicker, easier, more accessible, and less attention-hogging methods. And that’s a comforting thought for those of us who have read Snow Crash.

Which, after all, is a dystopian novel.

Or those of us who, like James Halliday, creator of the OASIS in Ready Player One, want to occasionally get a good meal. 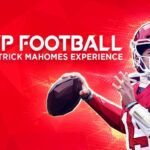 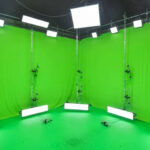 Check Out This Live Interview Between Two AR Holograms