Augmented reality (AR) and virtual reality (VR) are reshaping much of the entertainment industry. While these experiences are primarily visual, they present some unique opportunities for the music industry. In the future, VR and AR could be a normal part of music for both artists and audiences.

The use of AR and VR in music is a new phenomenon, but it shows promise. As more artists experiment with these technologies, new possibilities have emerged. Here are four leading ways these technologies are changing the future of the music industry.

The most obvious application of VR in music is virtual concerts. Artists like Ariana Grande and Travis Scott have held in-game concerts in games like “Fortnite,” but VR can take these experiences to the next level.

VR lets audiences immerse themselves in a virtual concert that feels as if they were there in-person. Instead of just watching a digital performance on the screen, it will be everywhere they look. Artists can also use these technologies to expand real-world physical concerts to audiences who couldn’t make it in-person.

Muse recently launched a VR concert experience to let users relive their July 2019 concert at Wanda Stadium, Madrid. Through VR, audiences can experience what it was like to be front-row at the concert from their homes. In the future, similar offerings could become standard, making shows more accessible.

AR glasses could display lyrics in real-time, helping audience members sing along. Alternatively, artists could create experiences where users can see digital elements like light shows or holographic performances through an AR app. These interactive elements would add a new dimension to the show, creating a unique concert-going experience.

Venues could add limited-time AR filters to companion apps to let audiences record videos or pictures with effects tied to the music. This could both improve audience engagement and serve as marketing for the venue.

Simulated reality tech can also open new possibilities on the recording side of the music industry.

An up-and-coming artist may not have the funds available to purchase top-quality instruments and equipment. For example, a microphone alone costs around $200 on the more affordable end, while studio monitors will set you back at least another $250 to $300. By the time an artist purchases these recording essentials, they may not have much left over for top-of-the-line instruments. Through virtual instruments, VR can provide access that these musicians may not otherwise have.

Several apps let artists play instruments in VR, some even delivering tactile feedback like the feeling of string vibrations. With these tools, artists can record themselves playing synthesized versions of various instruments they may not be able to access otherwise. Starting musicians then have a broader range of sounds to experiment with.

Oculus has recently partnered with major music labels to let users immerse themselves in VR music videos. In the future, artists could take this concept even further. They could create VR-specific, interactive visualizers to accompany their music, providing an entirely new way to experience the song.

These immersive digital experiences give artists another channel to showcase their creativity and let fans connect with their music. As VR and AR technology becomes more accessible, they could eventually become a standard part of the industry.

The music industry is constantly evolving and integrating new services as artists seek new ways to reach fans. AR and VR could be the next step in that evolution. From virtual concerts to VR studio sessions, simulated realities could shape the music industry of tomorrow.

While VR and AR are still new to the music industry, they’re already starting to see success. As more popular artists get involved with these projects, the technology could become an industry standard. Both artists and audiences in the future will benefit from it. 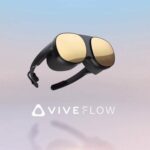 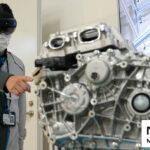