True-to-scale augmented reality at BMW is having a positive effect on the automotive giant’s development workflow, reducing the number and cost of physical test rigs needed for assembly and production

At its Vehicle Pilot Plant in Munich, BMW’s R&D base for cloud-based visualisations and smart object recognition, the German automotive giant has added augmented reality (AR) to its prototype testing for a range of concept variants and assembly processes.

Systems and components are visualised through AR 3S, which is linked to the BMW Group’s product data management system, with CAD files dragged and dropped from the webbased database to the AR headset.

Specialists from BMW’s production and assembly departments can manipulate the 3D data in true scale in a real environment by using hand movements to modify the position and angle of components.

Michael Schneider, head of complete vehicle at the pilot plant, says: “The AR goggles and CAD data allow us to find out much more quickly whether the production worker will be able to fit the component properly later on, in series production. That way, we need far fewer test set-ups.”

The integrated remote rendering technology (ISAR) in Holo-Light’s software enables streaming of the entire AR application. This means that the computing power does not have to come from the headset, but instead can be provided from the cloud or, in this case, BMW’s own high-performance server. Crucial for security, all the production data is kept safe in the event of the loss or theft of a headset.

Another advantage is the ability to work collaboratively with different production locations around the world, with groups able to view the same model and review designs and concepts together, identifying errors and potential problems earlier.

From individual vehicle systems through to complex production stages, BMW says that by using AR, its engineers are now able to verify assembly processes at an earlier stage and adjust them ready for production, speeding up those processes by as much as 12 months. 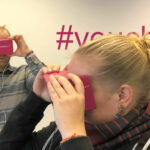 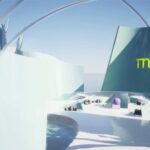