The photogrammetry-based AR and VR app offers an incredibly detailed and immersive view of some of the most beautiful natural wonders.

Since spring 2020, people have been unable to travel to destinations they wished to explore. Due to restrictions still in force, many countries are still off-limits for US tourists. However, an innovative photogrammetry-based AR and VR app promises to bring the world closer to you. How close? With BRINK Traveler, launched on September 9, you will be able to get immersed in incredible natural landmarks from your living room.

According to ScienceDirect, photogrammetry is “a three-dimensional coordinate measuring technique that uses photographs.” Using the principle of triangulation (that is taking photographs from at least two different locations, or lines of sight), a team can create an accurate 3D representation of any object, no matter how complex or how large, from thousands of photographs capturing every angle and every detail. As the three-person team behind BRINK Travel put it, “This is the future of photography. A major shift in how we capture and share the world.”

To create the AR and VR app, BRINK XR combined aerial (drone) photography and land photographs using cameras on tripods. The result, as the developing team describes it, is “the difference between looking at a postcard, and feeling like you’re standing there in person.”

How Does the BRINK Traveler App Work?

The experience has two different app versions: an AR app for iOS and Android mobile devices and a VR app for VR headsets.

Here is what users are able to do in each app:

Opening the AR version of BRINK Traveler is like opening a window onto a new world. By moving around their mobile device, users can explore the area. The app will respond to the real-life movements of the user, allowing them to look up and down, left and right.

The AR app is available for both Android and iOS users.

In the immersive version of this photogrammetry-based app, the users will actually feel that they are at the location of their choice. They can explore it in-depth and interact with various parts of the respective landmark.

The VR version is available in the Oculus store (for both Quest and Rift), as well as on Steam.

Why a Photogrammetry-Based AR and VR App

“We’re a small team that loves the great outdoors and have been trying for years to share that passion through photography, time-lapses, and 360 photos,” said the team in a press release. “With BRINK Traveler, it finally feels like we’ve found something that does justice to the scale and feeling of being in these amazing places. Something no other medium has been able to really capture before now.”

The detailed 3D images of amazing natural landmarks available in the photogrammetry-based AR and VR app serve many useful purposes:

Key Features and Available Contents of the BRINK Traveler App

At the moment, users can explore the following locations with BRINK Traveler:

The users will benefit from a virtual guide narrating and teaching interesting facts about each location. They can also enjoy 3 collectible points of interest in each location and the ability to take virtual photos and save them on their device and/or share them with friends.

Also, the AR and VR app allows the users to toggle between daytime and nighttime. 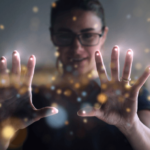 The Next Phase For LMSs And LXPs: Smart Virtual Tours And Immersive Simulations

Welcome to the metaverse