From virtual collaboration to NFT Galleries, one of the immersive industry’s most ambitious startups is making its metaverse play.

021 has become the year of the metaverse. All of a sudden, it’s seemingly in every conversation about the future of technology, media, and entertainment. Mark Zuckerberg recently proclaimed that Facebook is a “metaverse company” and propped up a new metaverse product group within Facebook Reality Labs. Talk of hot-selling NFTs is often accompanied by a reference to “entering” the metaverse.

But for all the buzz, most people’s understanding of what the metaverse is falls more in line with Jim Cramer’s recent stab at an explanation:

On its original coining, the metaverse described a shared virtual space in Neal Stephenson’s 1992 novel, Snow Crash. People accessed it through virtual reality headsets, where they could socialize, play, and work as avatars. Since then, the term’s meaning has shifted — ultimately becoming a sort of catchall that is used to get at anything vaguely virtual, NFTish, or otherwise techy.

Matthew Ball, a venture capitalist and writer, describes the metaverse as a “sort of successor state to the mobile internet.” While this definition is still vague, it gets at the heart of the term: something that exists beyond the internet as we experience it today, which will alter how we interact with each other and the world around us. There’s a handful of companies racing to stake a claim and help define this wild, wild metaverse.

One such company is Spatial.

When Spatial originally launched in 2018, it positioned itself as an “infinite desktop” and augmented reality (AR) collaboration tool. Wearing a Microsoft HoloLens AR headset, users could share space, interact with each other as avatars, and collaborate remotely through Spatial. It focused on integrations with popular apps and services (i.e. Google Drive) and allowing users to create lifelike, 3D avatars (rather than cartoony ones)

“When you put on Spatial, [colleagues] are in the room with you,” Spatial co-founder and CEO Anand Agarawala told TechCrunch in 2018. “It feels like they’re all sitting at the table, and they feel like they’ve been teleported into the space with you.”

The company continued to evolve, ultimately integrating VR and Android/iOS functionality and snagging a spot on Fast Company’s top 10 most innovative companies in AR/VR alongside Snap, Valve, and Qualcomm in 2020.

Earlier this summer, Spatial launched 4.0, and at the end of August, launched 5.0, its latest version. Collectively, these updates mark the biggest leap in the company’s history. This is because they signify a major shift in how the company sees itself: evolving from an XR productivity tool to a full-blown metaverse company.

Through the lens of fiction, the metaverse is fully formed — but right here in 2021, the metaverse is emerging from the ground up, reflected in incremental shifts in capabilities and mindset. For now, these augmentations might not immediately scream “metaverse,” but they are all potentially pieces to the puzzle.

Last year’s lockdown due to COVID-19 forced more people to search for virtual solutions for all aspects of life — and Jacob Loewenstein, Spatial’s VP of Business Development and Strategy, said the company began to notice the ways people were using the platform.

“What immediately started happening was, we had these unexpected growth use cases: galleries for art, social meetups, universities using our free version to teach courses,” Loewenstein said in an interview with Freethink.

“The ideal of the metaverse is that it’s persistent, able to be accessed at any time on any device.”

Their users were revealing new, important ways the company could evolve into something broader and more open-ended.

“Here we are, overeducated overthinkers, trying to spell out what the metaverse should be,” Loewenstein said. “Our users ended up showing us what the metaverse is. It turned out that these basic tools we’ve built, a lifelike avatar, joining from any device, and customizing any environment — those all actually allow people to interact with each other in a lot of different contexts.”

These tools had been built for a specific purpose — collaboration, predominantly in corporate environments — but users were finding ways to use them in a variety of unexpected settings. This “user-generated” approach, Loewenstein explained — in which people can use virtual tools beyond narrow and prescribed types of use — is a core aspect of the metaverse.

“The whole nature of the metaverse is that it’s expansive,” Loewenstein said. “I’m not going into this virtual space to do one thing — that’s more like a video game. Where the metaverse concept becomes interesting lies in the expansive opportunity in how people spend time in this place.”

Of course, this taps into a design challenge that Spatial has been addressing for years: how do you create virtual environments that feel great regardless of the device a given person uses to access them? The ideal of the metaverse is that it’s persistent, able to be accessed at any time on any device, maintaining a shared sense of presence for all involved. Spatial is among the closest to getting this right; the platform can be accessed via smartphone, computer, VR, and AR.

“If you believe there should be an interoperable metaverse, whether you’re joining through AR or VR shouldn’t inhibit you from experiencing things together,” Loewenstein said.

The former allows users to access Spatial directly from the browser (without downloading an app) and the latter allows users to host their NFT content in Spatial. (For more information on NFTs, please see Freethink’s explainer here). Wallets, such as Metamask, can run directly in the browser, and are where collectors store their NFTs.

“The metaverse will become a key testing ground for creating things that end up in the real world.”

The reason the notion of a wallet is important for a future metaverse is that wallets allow users to bring the digital content that they own with them into whatever platform has integrated the functionality. For NFT art collectors, this made Spatial an appealing option for hosting exhibitions of work they collected—and this work could be ported directly into the platform from the browser.

Krista Kim is an artist who sold the first-ever digital home backed by an NFT, called Mars House, for 288 ETH — around $500,00 at the time (and closer to $1 million at the cryptocurrency’s current exchange rate). As Spatial began to explore NFT-backed galleries and exhibitions on its platform, Kim realized she could actually build a version of the house that others could experience in the full immersion that VR headsets offer.

Beyond the gratification of being able to realize her digital house at full-scale, Kim also believes that the metaverse will become a key testing ground for creating things that end up in the real world.

“We’ll have metaverse architecture that informs what we build in real life,” Kim said in an interview with Freethink. “We can test it out, using city plans or huge developmental projects, upload it into Spatial, and have all the stakeholders come and see it and decide on it. What maybe would have taken a decade before could take a year.”

She sees it as more than just an uptick in productivity; it presents the possibility of shifting the general public’s understanding of what can become reality.

“Presenting these possibilities of what can be virtually opens people’s minds to how things can be changed today in the real world,” Kim said.

On the surface, it might not be immediately obvious how crypto wallets and the metaverse fit together beyond being new ways to tackle old problems. That’s where Web 3.0, or Web3—comes into play.

“It presents the possibility of shifting the general public’s understanding of what can become reality.”

This proposed third era of the web follows Web1, the first iteration of the web (the 1990s) and Web2, which refers to the version of the web we experience today. In Web2, the Internet is dominated by centralized companies (think Facebook, Amazon, et al.) that provide “walled garden” services in exchange for extracting our personal data. Web3, proponents hope, will be a paradigm in which decentralized blockchain technologies revert (at least some of) the power, ownership, and sovereignty back to individual users and creators through direct, peer-to-peer exchange.

Importantly, Web3 advocates stress that the web needs to be interoperable — meaning that content can be ported across different sites and platforms — which Kim also explained is a core feature of the metaverse.

“I believe that in 10 years, everything will be interoperable, and if you’re not you probably won’t fare very well,” Kim said. “People want to flow in and out and transfer NFTs and assets between platforms frictionlessly. It’s all about collaboration, co-creation, and openness — that’s the future.”

This is why NFTs and wallets are key to the metaverse discussion: they offer the possibility of interoperability and user control. By opening up this possibility to its users, Spatial has positioned itself at the vanguard of what Kim sees as an inevitable trend in the years to come.

“A successful metaverse platform will allow the users to express themselves and interact freely,” Kim said. “That freedom eventually will carry on into the real world, it’s inevitable. The metaverse will inform reality.” 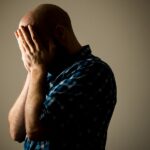 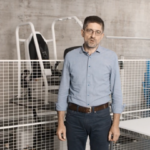