Spatial launched a big 5.0 update for its remote work application on Oculus Quest this week, including improved avatars, Oculus subscription support and much more.

The updates arrives just a week after Facebook announced its own free remote work solution and Spatial competitor, Horizon Workrooms.

The new avatar bodies include “improved movement, greater fashion detail, [and] improved engine performance,” which the company says should make them feel a bit more natural and real than before. Users who join outside of VR, through the Spatial web app, will now have preset animations for their avatars, along with floating webcam bubbles above their avatar, so you can still see a live view of the user’s face and expressions.

There’s also been UI improvements, particularly to the Spaces window, allowing you to find, join and switch between Spaces quicker and easier than before. There will also be a new explore tab, which will let you find and join public rooms.

Likewise, the new Portals feature lets you create ‘portals’ between rooms that let you and others move between two virtual areas with ease. It’s not quite as glamorous as you might hope — you won’t be walking through a Doctor Strange-style sling ring portal — but it will let you create a small portal token that you or others can click on to quickly travel to the portal’s assigned destination.

When it comes to teleportation, you’ll have an easier time getting around in Spatial 5.0 — multiple levels are now supported in custom environments, giving more freedom to those who create their own areas to work in.

Spatial is also changing its pricing tiers and model. Previously handled externally, Spatial is now moving over to Oculus Subscriptions, which wasn’t available when the app launched last year. This means users can handle their subscription completely within VR and don’t need to take off their headset to sort out payment plans.

Additionally, the pricing tiers have changed and now consist of a free tier, a $25/month pro tier, a $25/user/month Team tier (with 20% off 5 users or more) and an Enterprise tier that can be scaled appropriately and organized by contacting the Spatial sales team.

Spatial is available now on Oculus Quest and other VR, AR and traditional platforms. You can read a full list of all the new changes and features in the 5.0 update here. 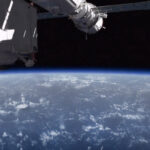 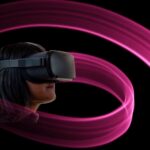 A New Prism for Math learning