Earlier this month Facebook started to allow developers to experiment with the passthrough options on the standalone headset. Up until now, passthrough has only been used for Quest’s Guardian system, and developers haven’t had access to it. While teams still can’t release apps utilizing the API on the Quest store, we are starting to see the first experiments.

Take a look at a short gameplay clip below, first posted on Reddit.

In terms of Gravity Lab, that means bringing the game’s physics-based puzzles, in which players use different tools to transport objects to a goal zone, into AR. It works just like the core game – you play pipes, ramps and gravity manipulators in physical space. The only difference is this time the game’s happening in the real world, not a virtual environment. It’s essentially an AR version of Gravity Lab.

It’s a promising early look at what new kinds of experiences the Quest 2’s passthrough API could enable, although still clearly restricted by the black and white capture. Schramm didn’t give any indication that this experiment could one day actually be implemented into the game itself.

Gravity Lab itself is approaching its 5th birthday but is due to get a major update later this week that adds a time travel mechanic. 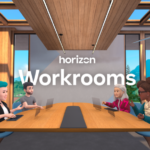 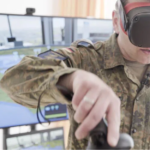