It’s surprising to say that there need to be more kayaking videogames in virtual reality (VR). Phantom: Covert Ops by nDreams really showcased how immersive paddling through the water can be and now you’ve got Kayak VR: Mirage to look forward to next year.

Currently in early development by indie team Better Than Life, Kayak VR: Mirage instantly impresses thanks to its detailed, eye-catching scenery. All about the kayaking experience, the team will offer players the chance to compete in a Time Attack style mode, racing down rivers and through checkpoints as fast as possible. There will also be a free-ride mode for those who want a more leisurely experience.

Kayak VR: Mirage is being built as an authentic kayaking experience allowing players to accurately control their craft – the gameplay video below even showcases one of the team attaching their controllers to a stick for added realism. Only one location has been shown so far, a rather gorgeous ravine that looks inspired by the Grand Canyon. It won’t all be picturesque environments, Better Than Life is planning to include some surreal locations.

“Our current vision for the full game is a polished and kayaking experience that serves both casual players and racers who want to compete for high scores with a healthy amount of levels that offer plenty of replay value. Synchronous competitive multiplayer support and tandem-kayaking is being discussed internally but our initial focus is on making the game content complete first,” the studio notes on Steam.

This first look really is early on in production as the team expects to launch Kayak VR: Mirage into Early Access in March 2022. At the moment Better Than Life is looking to the community for beta testers. If you’re interested head on over to the Kayak VR: Mirage Discord to apply. 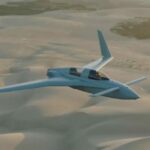 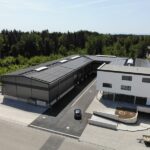