NVIDIA’s CloudXR technology is designed to provide real-time XR cloud streaming, which aims to remove the need for local high-end PC rendering hardware. At Mobile World Congress 2021 today, the company announced that its CloudXR 3.0 release will include bidirectional audio support—a fundamental piece of the equation when it comes to collaboration and social interaction.

Rendering immersive XR experiences in the cloud, compressing the video and audio streams, and serving that up to VR and AR devices for interactive experiences over 5G and WiFi networks—all at a low enough latency to make it feel like you’re tethered to powerful PC—is no small feat. That’s XR cloud streaming in a nutshell.

Although it’s been two years since the company first publicly demoed the technology, Nvidia appears to be making good headway. It’s already brought CloudXR client applications to PC, HoloLens 2, Android VR devices (including Oculus Quest), Android AR devices, and iOS. It offers support for OpenXR, bringing SteamVR content to those devices. It has an SDK for the service and has also brought CloudXR to the three leading cloud computing platforms: AWS, Microsoft Azure, and Google Cloud.

Now, the company announced it’s added bidirectional audio so developers can bring a host of social-based apps to the cloud rendering platform which were previously impossible. Besides opening the door for early testers like Accenture and Autodesk to integrate their own VR and AR collaboration-based productivity apps, the company says its CloudXR 3.0 release features:

Ronnie Vasishta, senior vice president of telecommunications at NVIDIA, is set to speak more about the 3.0 release at Mobile World Congress this week in a talk called ‘AI-on-5G: Bringing Connected Intelligence to Every Industry’. We’ll be tuning in here on July 1st at 8:00 AM CET (local time here).

There, Nvidia says Vasishta will “share how the fusion of enterprise AI-on-5G at the edge opens the doors to multi-trillion dollar industry transformation and new capabilities for smart cities, security systems, retail intelligence, industrial automation and optimization of network capacity utilization.” 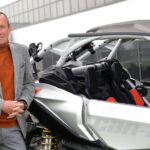 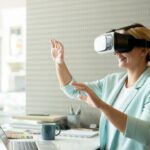 Immersive Training: Strength and Challenges for the World of Industry