TRIPP, the Los Angeles-based startup behind the eponymous VR meditation app, has secured a Series A investment amounting to $11 million.

The investment, which was announced via TechCrunch, was led by Vine Ventures and Mayfield with participation from Integrated. This brings the company’s overall outside funding to $15 million, with its first $4 million secured back in September 2017.

With the aim of reducing everyday stress and creating mindfulness, TRIPP delivers a sort of gamefied meditation experience that focuses on breathing exercises, trippy landscapes, and calming sound frequencies.

According to TRIPP CEO Nanea Reeves, the app serves as a “low-friction alternative that can deliver some of that [psychedelic] experience in a more benign way.”

he app is available on Oculus Quest and Oculus Rift as a subscription service ($5 monthly, $15 annually), but also a one-time $30 purchase on those platforms as well as PSVR.

Reeves tells TechCrunch that the COVID-19 pandemic has helped consumers “dial into the importance of mindfulness and mental health awareness.”

What’s more apparent though is the pandemic has caused a rapid shift to at-home entertainment, that has consequently also seen investment dollars flow more freely to VR startups. Some of the highlights over the past 12 months: social VR platform Rec Room garnered $100 million, China-based headset manufacturer Pico raised $37 million Series B+ financing, and startup AppliedVR got $29 million to pursue FDA approval for its VR pain management software.

Subscription-based VR fitness apps like Supernatural and FitXR have also taken the limelight as they were tapped to fill the void left by gym closures. On the platform side of things, Facebook has also not only included platform-level fitness tracking on Oculus Quest headsets, Oculus Move, but also outfitted thousands of its employees with Quest 2 as a way to get them up and moving while still at home. 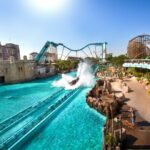 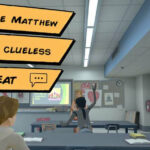