The increase in AI, VR, 5G, and other technologies has allowed wearables to become more powerful and more helpful, leading more and more companies to adopt them.

The most common enterprise wearables are VR headsets, which can help workers in the office or the field be more productive, more connected, and safer. From connecting with a remote expert during field service to hazardous situation training, headsets are being deployed across enterprises.

But it’s not just headsets making, dare we say, headway. Other smart wearable devices are helping keep workers safe and giving enterprises access to data like never before.

Many non-headset wearables are in the market for one thing: to help keep workers safe. Worker safety benefits the worker, the enterprise, and the industry as a whole. Here are a few unique wearables using 5G, data, AI, and more to identify and prevent risks to workers.

Which is smarter: the hard hat or the brain it protects? It’s a toss up with Guardhat.

The HC1 Communicator is a smart hardhat that provides sensor-based contextual awareness of a worker’s surroundings. It’s designed for hands-free operation and includes indoor/outdoor location tracking; proximity-detection to moving or static equipment, personnel, and vehicles; audio/video VOIP; and more.

According to Saikat Dey, founder and CEO of Guardhat, the device is designed to sit comfortably atop a worker’s head, protecting them in all the ways a traditional hard hat would. But it’s so much more: an electronic, battery-powered, audio/visual, connectivity-capable device that’s incapable of generating heat or spark.

MākuSafe devices clip into an armband and continually gather data on ever-changing environmental conditions, potentially hazardous human motion, proximity, and location. It allows workers to record near-miss voice memo reports, good catches, and observations from the front lines with the push of a button.

Data collected from the devices is used to improve worker health, safety, and productivity while reducing incidents and mitigating workplace hazards and risk exposures.

Picture something almost as cool as the cell phone clip made infamous by dads.

The Kinetic Reflex clips securely to a worker’s waistband and can automatically detect when a worker is assuming high-risk postures such as bending, overreaching, or twisting that may lead to repetitive strain injuries while on the job. Workers receive real-time feedback via a gentle vibration and the data is pushed to a cloud-based web dashboard.

PepsiCo outfitted its workers with the Kinetic Reflex devices and has seen the benefits. Cormac Gilligan, global vice president of environment, health, and safety at PepsiCo, said, “It started off for us as a way of simply trying to eliminate ergonomic risks that drive our worker compensation costs, but it’s become more of an employee engagement exercise. They like the device, and they want to wear the device. This allows us to engage with the employees in a way we haven’t before,” Gilligan said.

Wearable IoT devices are having a real positive impact on worker safety in industrial environments. And we’re only at the beginning of innovation and growth in this market.

Wear will we go next? 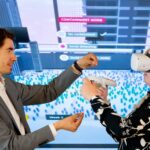 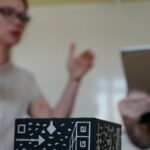