Apart from offering a virtually interactive environment, VR also offers a myriad of variations in how and to what extent an environment is explorable, says Pavel Makarevich, Product Manager, Proven Reality

Business experts will vouch for this – Virtual Reality has taken not just the tech industry but several sectors outside the perimeter of technology by a storm. What started as a way of emulating life has now turned into an alternate reality that can solve various problems. Disruptive technologies are carving the way for a future wherein the integration of artificial intelligence with daily life could be the norm. In fact, as we discover more ways to combine immersive technologies with different operations, the potential for securing a tech-dependent and efficient future is also increasing exponentially.

When Keanu Reeves entered a simulated reality in the movie Matrix back in 1999, the implications of the technology were still unknown to many. Today, immersive technologies like virtual, augmented, and mixed reality are being integrated across several industries. Gradually, the inclusion of these technologies in sectors such as education, healthcare, construction, and medical training is becoming commonplace.

Apart from offering a virtually interactive environment, VR also offers a myriad of variations in how and to what extent an environment is explorable. VR technology can offer a fully immersive, non-immersive, and web-based VR experience. A great example of a non-immersive VR experience is a flight simulator which allows the user to experience an alternate reality with just a joystick controller and a PC. Non-immersive technologies are commonly used in architecture, industrial designing, and archeology through 3D designs, allowing users to create a replica of the real-life environment.

Fully immersive VR technologies are often accessed through VR glasses (such as Oculus) to tap into a rich alternative experience remotely. Experts at Proven Reality have vested their knowledge and resources to create immersive pain management technologies – a breakthrough project that is helping make the healthcare industry more efficient.

It is not just technologies that have made headway with evolution; Virtual Reality equipment has also gone through a string of modifications and improvements to become more reliable and accurate. From head-mounted displays to wands, VR technologies are capable of creating detailed interactive environments.

The projected potential growth for VR technologies speaks volumes about the scope for implementation in industries across the globe. According to a report released by globenewswire.com in 2020, the global market value of Virtual Reality in Healthcare is expected to climb by a CAGR (Compound Annual Growth Rate) of 30.7% to reach US$2.2 billion by 2027. Gone are the days when Virtual Reality was only used as a means of facilitating leisurely activities. In the near future, businesses worldwide are expected to come up to speed with the advancement of these immersive technologies. Artificial intelligence and its by-products are shaping the future of technology by constantly discovering, improving, and implementing. 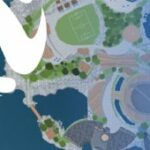 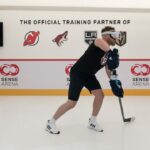