Zuckerberg Explains Why Facebook Is Building A ‘Reality Operating System’

Facebook CEO Mark Zuckerberg and VP AR/VR Andrew Bosworth hosted a live Ask-Me-Anything session on Instagram, in which they confirmed work on a new OS.

Back in 2019, The Information reported that Facebook was working on a new operating system for AR glasses. In yesterday’s AMA, one user-submitted question asked whether Facebook is really building a OS, and why. Zuckerberg responded, “We are building a reality operating system. That’s sort of how we think about it.”

“These new platforms are so different from everything that’s come before it – not just the input, but the app model, how you’re going to discover things, how tightly they need to be optimized. If you’re building a pair of glasses that need to look like normal glasses, you need to have the system be so tightly optimized so you can basically do all the computation that you would expect from a modern computer, but do it on someone’s face within a thermal envelope and a power envelope that can last all day long. So that’s a very big challenge.

The team is pretty far along in this, at this point. We’re building a microkernel-based operating system, which is the architecture that you want to segment the pieces to make it as secure as possible. That way you have a small [set] of pieces that you know are going to be fundamentally trustworthy that you can build on top of. But at the end of the day, we need to basically be able to design and customize every layer of the stack in order to build out the performance and efficiency that we need in order to deliver these systems.”

It’s unclear whether this OS will be only for AR glasses or also in future Facebook VR headsets. The Information’s report only mentioned AR, and Zuckerberg’s answer referenced “a pair of glasses that need to look like normal glasses”.

Bosworth jumped in to clarify that he and the team at Facebook Reality Labs ideally wanted to build as little as possible from scratch, but ended up needing to build quite a lot to tackle the large technical challenges:

“I want to build as little as possible. And Facebook really was built on top of open source. We’re big contributors to open source. When software is available for us to use, we love using it. Obviously, our Oculus and Portal systems are built on Android, which we’ve had great success with. I want to build as little as I can. What is amazing is how much you have to build to fit into these tight thermal envelopes.

And I do feel at times that mine was a generation of computer programmers who were a little bit lazy. We got to be lazy. We were at the absolute, just the fattest part of Moore’s law, delivering tremendous gains in silicon. So you can just write high-level inefficient code and who cares? We’re not up against Moore’s law — much tougher than that, we’re up against the first law of thermodynamics. The amount of heat that we can dissipate off of your face — not very much without burning you, which we strongly oppose.

Facebook’s operating system effort is led by Mark Lucovsky, a former Microsoft engineer who co-developed Windows NT. Lucovsky’s Twitter & LinkedIn profiles call the project ‘The Reality Platform’. Some job listings at Facebook have referenced this work but we haven’t seen the executives speak publicly about the efforts.

Interestingly, earlier this year Bloomberg reported Apple is on a new OS for AR and VR called rOS, with the r likely also standing for reality. 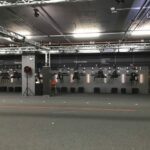 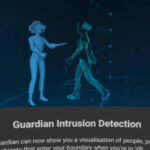 4 Ways XR is Changing the Future...

Be Daring! Join the “Ultimate Team” and...

Nreal’s Next AR Glasses Will be Apple...