Facebook is working very hard to update fast the Oculus Quest runtime, adding always more features. And it is great that the community is able to find hints to them far before they get released. This is possible thanks to amazing developers, hackers, and enthusiasts that always check for cues in the runtimes that get released. One of them is Basti564, which has just released a Youtube video about some new hidden features detected in the just-released v29 runtime. I suggest you watch the video here below: it is short and informative.

I’ve found interesting especially a few features that I’m commenting for you below.

The first cool finding is the reference to face and eye tracking. In the services running on the Android operating system of the Quest 2 there is “FaceEyeTrackingService”, whose name is self-explanatory.

You may wonder what it may be for, considering that the Quest has not any sensors of this kind. Well, all the Oculus Quest share similar runtimes, and Facebook has hinted many times at a future release of a Quest 2 Pro, that Zuck has said it may run face and eye-tracking sensors. Well… it seems that the team at Facebook is already working on it, and experimenting with the integration of face and eye tracking into the runtime. This service is the proof of this experimentation: it doesn’t say anything about release dates, features, or such, but it confirms us that a Quest 2 Pro is most probably in the works.

Face tracking could be amazing for social activities (like Facebook Horizon), so as eye-tracking. But eye-tracking could also be cool to implement non-fixed foveated rendering. And don’t forget that these tracking functionalities could be very interesting also for enterprise companies, that would love to use them in professional meetings and also in training experiences. The Quest 2 Pro could be targeted also at companies, trying to compete with headsets like the Pico Neo 3 Pro or the Vive Pro Eye + Face tracker.

Thanks to a special “dogfooding menu”, Bastian has been able to find the settings for the new Guardian, which includes an intrusion detection system, to check if someone is entering inside your play area while you are using virtual reality. This would be a very welcome feature, able to increase the security of VR players and the people around them. The intrusion detection system also features some sliders to tune the sensitivity of the detection: it seems to be possible to also warn the VR player before someone enters his/her play area, and he/she can decide what is the distance from the play area at which trigger his/her attention.

This is a fantastic accessibility feature that Facebook is working on: you can apply a color filter to the visuals that you see inside your headset. This is useful for all people that suffer from colorblindness, that thanks to this would be able to enjoy their VR headset at their maximum. A submenu also offers you a list of various colorblindness problems and some presets of the best color filter to apply in every case.

Bastien already found this in the previous runtime, and some people from Oculus commented that this and other accessibility are in the works. Accessibility is something super-important if we want VR to be used by the biggest number possible of people and I really congrat Facebook people if they’re doing this big work in this sense inside their headset.

This is an Infinite Office feature I have been able to try myself!

Thanks to this, you can define a horizontal rectangular area where you see the passthrough vision of your surroundings. It is intended so that you can see your physical keyboard in passthrough, and you can type on it by seeing it when using productivity apps. It works very well, I have to say!

When speaking with me on Twitter, Bastien mentioned another feature he had found in the code, but that he doesn’t show in the video: Tablet Space.

“Enable launching of apps in tablet space”… may this be a reference to the 2D apps integration? There were other leaks about the possibility of opening standard Android apps inside the Quest… is it possible that this is the “tablet space”? Maybe you see the 2D apps on a tablet and not on the big screen in front of you. Or maybe you can have a tablet always with you superimposed to the other VR apps. I don’t know, I’m just speculating… do you have better ideas?

That’s it! I’m pretty excited by these leaks, and you? Don’t forget to watch the full video and subscribe to Basti564‘s channel to support a cool member of our community! And if you liked this post, share it with your peers and let me know your impressions about this in the comments! 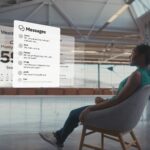 Zuckerberg Explains Why Facebook Is Building A ‘Reality Operating System’