Microsoft is working on a consumer version of HoloLens

Something to look forward to: Since Microsoft released the first HoloLens 5 years ago, the devices have been primarily used by businesses and the military, but plans to bring it to the consumer market are still there. That’s according to Microsoft’s head of Mixed Reality Alex Kipman, who shared this new expanded roadmap during an interview.

During the interview, Kipman shared his vision of what AR/MR technologies will bring in the future. Besides talking about shared experiences powered by Microsoft Mesh, a mixed reality platform designed to be compatible with numerous virtual and augmented reality headsets, Kipman also said how important it is to bring the technology to the masses.

Microsoft is planning to lead the race of AR/MR technologies, but to do it, it needs to expand the target audience of its products by selling them to the masses. Microsoft is currently selling HoloLens headsets mostly to companies in different sectors and the US military.

It’s worth noting that a consumer HoloLens headset probably won’t come cheap, at least at launch. The HoloLens 2, which is available for purchase at Microsoft Store, is priced at $3,500.

As per Kipman statements, a consumer HoloLens headset will need to be smaller than the HoloLens 2, coming in as a pair of „socially acceptable glasses,“ and offer a level of immersion that goes beyond simple notifications.

Considering that HoloLens 2 weighs over 500g and consumes 8W of power, Kipman estimates that a viable pair of AR glasses would have to weigh about 90g and use only 2W. That looks like a laborious task given the amount of hardware Microsoft have to pack inside the device.

Kipman added that Microsoft is working with Epic and Niantic to create an open mixed reality platform without any application store taxes.

Microsoft’s head of Mixed Reality didn’t share a release timeline for the HoloLens consumer headset but ensured that it won’t release this year. 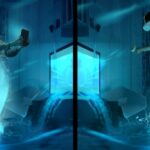 VR Simulator Lets You Experience Life As A Dolphin And Shark 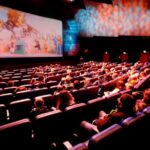